Strong protests held by Overseas Pakistanis outside White House against US conspiracy in Pakistan
18 Apr, 2022 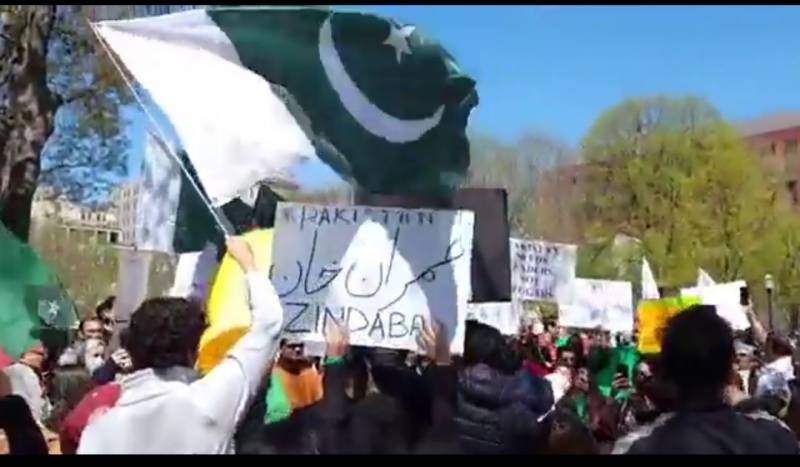 WASHINGTON: Pakistan Tehreek-e-Insaf (PTI) activists staged a protest in front of the White House against the imported government, in which protesters hit shoes on pictures of opposition leaders.

According to details, PTI workers in Washington staged a protest in front of the White House against the overthrow of Imran Khan's government.

The Pakistani community demanded immediate elections in Pakistan and said that Imran Khan was removed from power under a conspiracy.