Pakistan strongly hits out at India over target attacks against Muslims by fanatic Hindu mobs
18 Apr, 2022 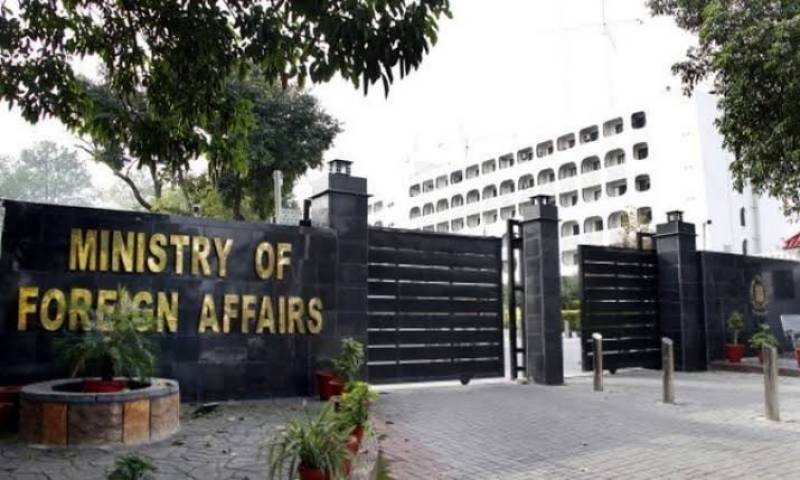 ISLAMABAD - Pakistan on Monday strongly condemned the campaign of violence and targeted attacks against Muslims by fanatic Hindu mobs in various Indian states.

The Foreign Office said the recent despicable attempt to hoist the saffron flag at Jahangirpuri’s Jamia Masjid in New Delhi where Muslims were waiting to break their fasts, revealed the gravity of the state-sanctioned hysteria and hatred in India against Muslims.

The Hindu mobs indulged in derogatory sloganeering, playing of provocative music and the brandishing of weapons by the procession of Hanuman Shobha Yatra with impunity, it said.

“This incident has rekindled the horrific memories of Delhi pogrom of February 2020 which was aimed to discriminate, dispossess and dehumanize the Muslim community,” the FO statement said.

The Foreign Office said the Ram Navami riots, which spread out across many Indian states had shone a spotlight on the precipitous slide of India into a ‘Hindu Rashtra’.

“Harrowing scenes of demolition of houses, businesses and shops belonging to Muslims and the vandalization of mosques by local authorities in Madhya Pradesh and Gujarat reveal the deep penetration of Hindutva ideology into the fabric of Indian state and society,” it said.

The FO said Pakistan noted with deep regret the rapidly increasing trend in India of using religious processions of the Hindu community to fan communal hatred and instigate anti-Muslim violence.

“Even more alarming is the fact that the local authorities that were evidently complicit in the fear-mongering have launched a concerted campaign against the Muslims on the pretext of crackdown against ‘alleged rioters’,” it said.

The FO said Pakistan called upon the government of India to transparently investigate the incidents of widespread violence and intimidation against Muslims and their places of worship and make demonstrable efforts to prevent such incidents from recurring in future.