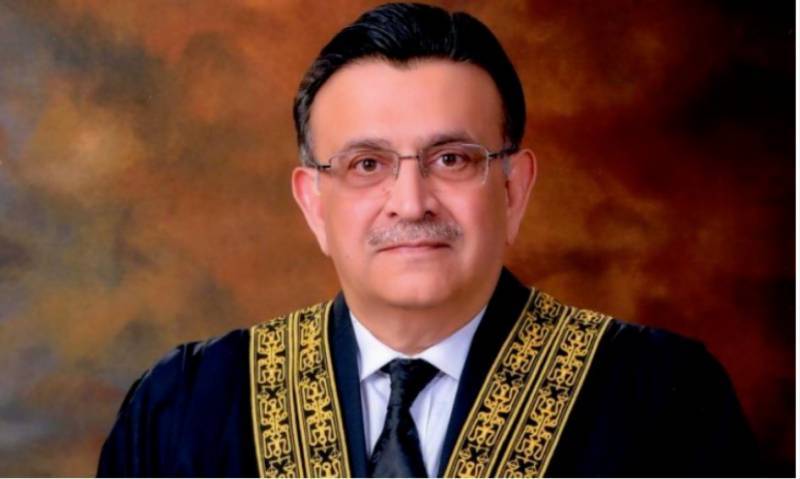 Chief Justice of Pakistan Umar Atta Bandial has remarked that constitution is sacred and the court is the protector of the constitution expressing hope that the leadership of the country will respect the court decision.

Supreme Court Chief Justice Bandial delivered these remarks while hearing the presidential reference seeking interpretation of Article 63-A on Monday.

A five-judge bench of the Supreme Court headed by the chief justice of Pakistan heard the case.

The top judge’s remarks clearly betrayed the court’s uneasiness over its recent verdict on National Assembly Deputy Speaker’s ruling which declared no-confidence vote block illegal and set the path for the removal of previous government. The judgement was severely hammered by one political party on social media and public gatherings as well.

While hearing the presidential reference, Chief Justice Bandial remarked that the court link was protector of the constitution as ‘constitution is sacred’.

He expressed his hope that the country’s leadership link would respect link decisions link. He regretted “Our names are called when we protect the constitution”. He, however, vowed that court link would go on performing their constitutional responsibilities and would defend constitution.

Taking a jibe at the speeches in political gatherings, the CJP remarked that 10,000 to 15,000 people gathered at a place and started criticizing court link link. Why should we have to make decisions link, the CJP wondered but prodded the leadership link on the matter saying they should respect link the court link link.