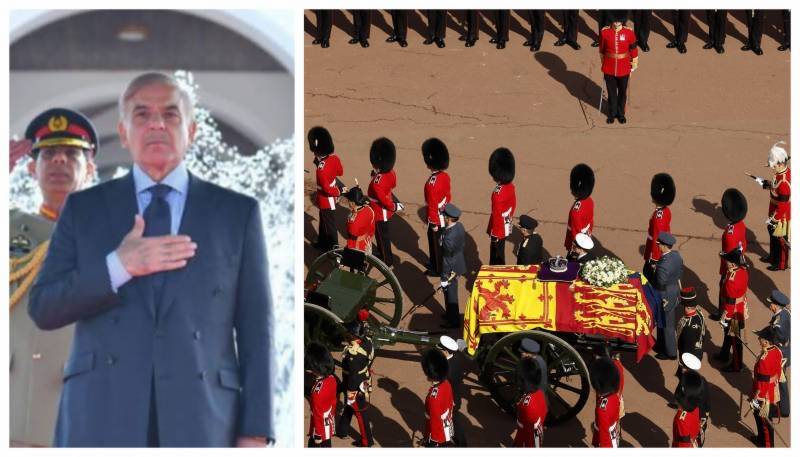 ISLAMABAD – Prime Minister Shehbaz Sharif will embark on a two-day visit to the United Kingdom on Sunday where he will attend the funeral of Queen Elizabeth II and hold meeting with PML-N supreme leader Nawaz Sharif.

The premier’s visit will come a day after wrapping up his tour to Uzbekistan where attended the Shanghai Cooperation Organisation (SCO) Council of Heads of States summit.

The coffin the UK’s longest reigning monarch, who died on September 8, has been lying at the historic Westminster Hall since Wednesday.

The funeral of the Queen will be held on Monday and it will be attended by world leaders.

A Private Burial will take place in The King George VI Memorial Chapel later that evening, conducted by the Dean of Windsor.

The Queen is to be buried together with The Duke of Edinburgh.

US President Joe Biden, French President Emmanuel Macron and the leaders of Australia, Canada and Jamaica are among the world leaders, who will attend the last rituals.

After attending the funeral, PM Shehbaz Sharif is expected to hold a meeting with former prime minister Nawaz Sharif wherein he will give briefing on political and economy situation in Pakistan.