Imran Khan kicks off preparations for another long march to Islamabad
17 Sep, 2022 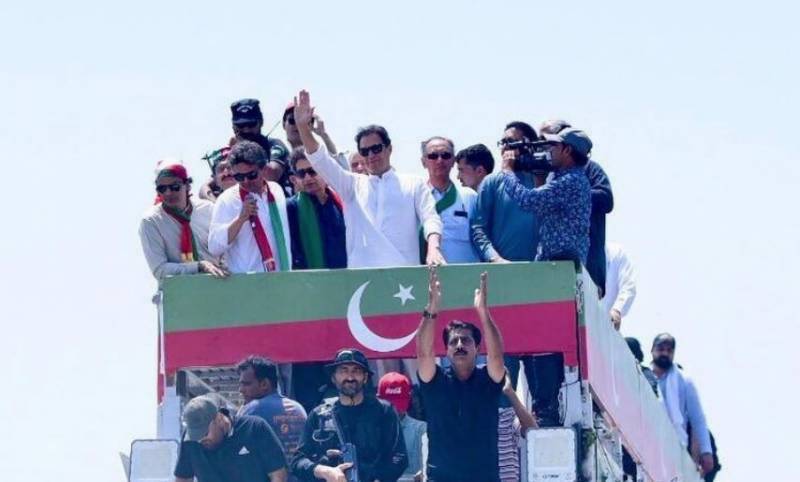 ISLAMABAD – PTI Chairman Imran Khan has directed party leaders and works to start preparations for a long march in Islamabad to press his demand for early elections in the country.

Addressing party lawmakers and local leaders of Khyber Pakhtunkhwa, he asked the MPAs to begin preparations for the march in consultation with the provincial leadership.

“Imported government cannot be given more time,” he said, adding that a decision to go Islamabad has been made. He asked the party workers to wait for his call.

Earlier this year, Imran Khan launched what was dubbed as “Azadi March” against the government after his ouster from the Prime Minister’s office through a no-confidence vote in April. He has been claiming that a foreign conspiracy was hatched to topple his government.

However, he ended the march, which had started from Peshawar, after massive clashes erupted between security forces and PTI leaders in the federal capital, claiming that the government wanted confrontation between his party and armed forces.