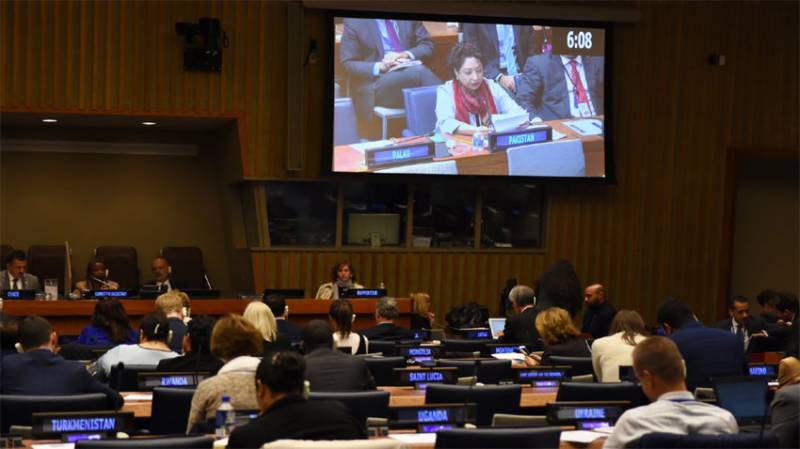 NEW YORK - At the United Nations, Pakistan has warned that India's "hegemonic pretenses and aggressive actions" present threat to regional peace and security.

She said India's "belligerent" military posture was demonstrated in February this year in the wake of the Pulwama incident in occupied Kashmir, it resorted to aggression against Pakistan on a completely false pretense.

Maleeha Lodhi said the recent unilateral action by India to further consolidate its illegal occupation of the internationally-recognized disputed territory of Jammu and Kashmir, in flagrant violation of multiple Security Council resolutions, has further engendered the volatility in South Asia.