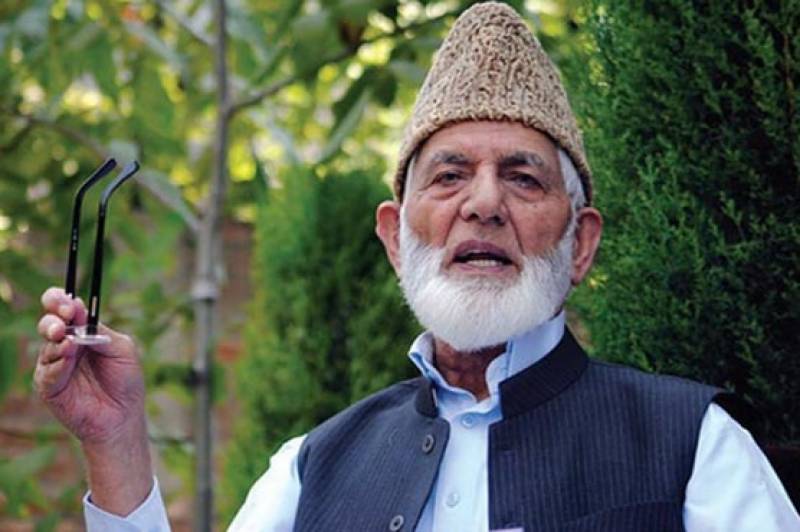 SRINAGAR - In occupied Kashmir, the Chairman of All Parties Hurriyat Conference (APHC), Syed Ali Gilani has thanked the people of Pakistan as well as its political and military leadership for extending their support to the suffering Kashmiri people.

In a statement issued in Srinagar, Syed Ali Gilani while lauding PM Imran Khan’s role for effectively championing the Kashmir cause at the global level urged him to not only maintain this momentum but further enhance it to make world realize the gravity of the situation in the territory.

He said it is time for world especially the UN to stand up and raise their voices in favour of the besieged people of occupied Kashmir as issuing mere statements and condemnations are not enough at a time when Indian state terrorism is at its peak in the territory.

Gilani stressed that the Kashmiri people will not succumb to the evil machinations of BJP-led Indian govt and would continue resisting New Delhi’s brutal military occupation with exemplary courage and sacrifices till securing their inalienable right to self-determination.

He said that the ongoing military clampdown imposed by India after revoking the territory’s special status on August 5 will only further strengthen the resolve of the Kashmiri people to fight for their rights till last breath.