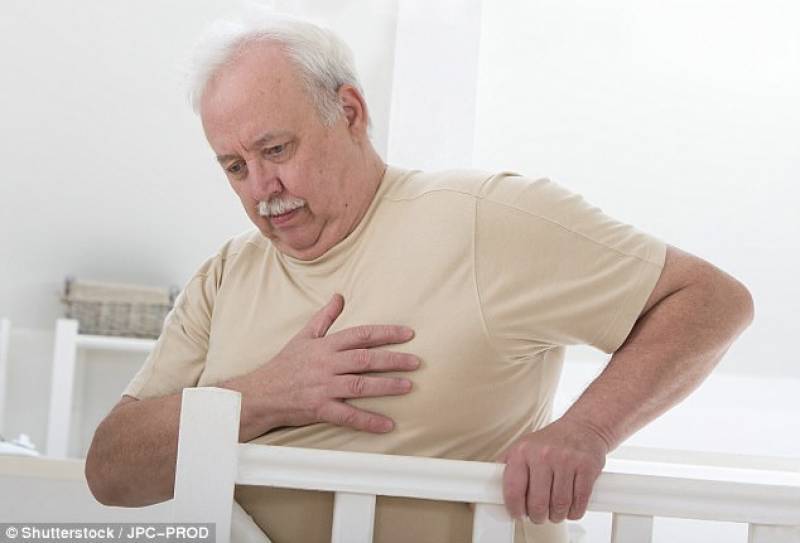 ISLAMABAD: Winter often brings the flu, coughs, ski injuries and shoveling strains and add to these ailments a more deadly one is heart attacks.

A recent study has found that more fatal heart attacks and strokes occur during the winter than at other times of the year. And it doesn’t seem to matter if the winter is occurring in the warmer climes of Southern California or the frostier ones of Boston.

The worst months are December, January, February and the beginning of March, Health news reported.

The doctors analyzed the cause of death for people in Texas, Arizona, Georgia, Los Angeles, Washington state, Pennsylvania and Massachusetts. Of those who died of heart disease, the winter weather pattern was clear. In Los Angeles, for example, there were about 70 deaths per day from cardiac disease, Schwartz said. “In the summer, L.A. had an average circulatory death rate of about … 55 deaths per day.”

The research uncovered patterns in cardiac deaths from “seven different climate patterns,” according to the study, and “death rates at all sites clustered closely together and no one site was statistically different from any other site.” An abstract of the study was published in the American Heart Association journal Circulation.

Why winter months saw a spike in cardiac deaths isn’t clear — whether it’s cooling temperatures, shorter days, or something else about that time of year. Kloner speculates that winter presents a potential confluence of harmful triggers. Even if you “adapt to where you are, the cold still bothers you and not just the temperature,” Kloner says. And “respiratory infection may be important. When there are peaks in influenza and infection, [there are peaks] in heart-related deaths.”

There also can be emotional stress in winter months as families come together for the holidays or to watch highly charged sporting events such as the Super Bowl, often with “an overindulgence in salt and alcohol,” Kloner says. On top of that, winter holidays can mean “there’s a lot of financial pressure.”

Stuart Seides, executive director of the MedStar Heart Institute at Washington Hospital Center, says the lack of light during the winter might be a factor. “The fact that the sun isn’t up until a quarter after 7 and it is pitch black outside by 5, that is different than a spring day. [In the winter,] your circadian rhythm gets messed up.”

Seides had noted in the past that heart attack admissions to Washington Hospital Center dropped during summer months, which he always attributed to people going away on vacations and relaxing. “Maybe I am looking at it the wrong way,” he says. “There may not be a reduction over the summer, but maybe an increase in the winter.”

Murray Mittleman, director of the Cardiovascular Epidemiology Research Unit at Harvard Medical School, recalls first spotting the phenomenon more than 10 years ago while looking at deaths in Hawaii. Targeting 1984 through 1993, he found that more than 11,000 people died from coronary heart disease. Of those deaths, 10.4 percent occurred in August, while 13.3 percent occurred in March, a variance of about 22 percent. And that surprised him.

“The thing about the winter statistics which is kind of interesting,” Mittleman said, is that “we see similar patterns in different places. There are more cardiac deaths in the Northern Hemisphere in December, January and February, and in the Southern Hemisphere in June and July. Hawaii is more like North America.”

Heart attacks and strokes result from a complicated cascade of events often set off by a trigger — stress, the misuse of drugs, tobacco or alcohol, a heavy meal, the flu, even an earthquake or environmental pollution — that interrupts the body’s normal systems.

Most cardiac deaths, according to Peter Stone, co-director of the Samuel A. Levine Cardiac Unit at the Brigham and Women’s Hospital in Boston, are due to a disruption of plaque accumulated on the walls of blood vessels. Plaque then interacts with platelets to form clots, impeding blood flow to the heart, which causes a heart attack, or to the brain, which causes a stroke.

As we age, plaque forms into nodules of yellowish pus and cholesterol, much like a pimple, on artery walls, Stone said. A thin, fibrous seal, like a cap, keeps these nodules intact. The yellowish nodules come and go, as a pimple does.

“That thin cap is what keeps us alive,” Stone said. “I have been working for 20 years to figure out why plaque gets fragile and if we can predict which plaque will get fragile in the future and intervene.”

The amount of plaque people accumulate depends on their genetic background, what they eat, how they live and factors that can increase risk, such as having high cholesterol or diabetes, smoking cigarettes, and being physically inactive and overweight, Stone said.

“All of these act individually and in concert to increase the odds that plaque will rupture,” he said. “You never know when a bad event is going to happen. Your plaque could be really fragile and can rupture just by getting up. We really don’t know what is inside of us. If a severe stimulus system like the cold in winter, winning the soccer game or losing the soccer game [disrupts] plaque, it could be the final straw that breaks the proverbial camel’s back.”

To help safeguard against setting off triggers in the winter months, physicians recommend following a few guidelines. Seides suggests getting a flu shot. “During influenza or a high fever, a lot of chemicals are released into circulation,” he said.