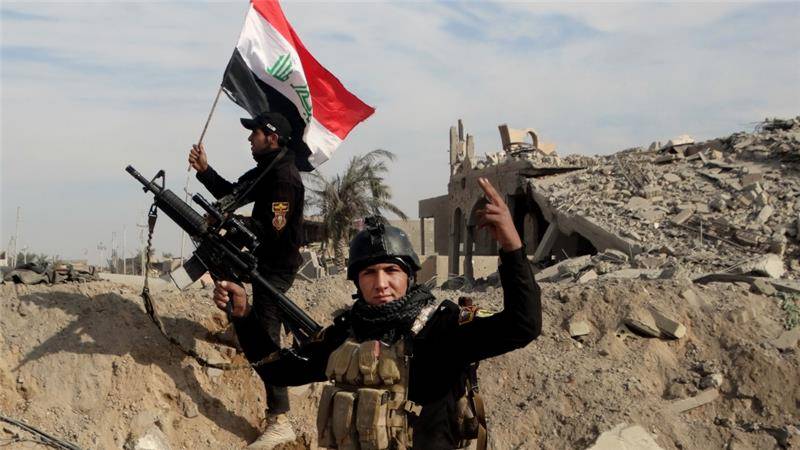 AL-SHURA, Iraq (APP) - Iraqi forces launched an offensive Monday to retake Mosul and deal a death blow to the Islamic State group's "caliphate" in the city where it was declared two years ago.

Some 30,000 federal forces are leading the offensive, backed by a 60-nation US-led coalition, in what is expected to be a long and difficult assault on IS's last major

Iraqi forces could be seen readying weapons and ammunitions as columns of armoured vehicles headed towards Mosul from the town of Al-Shura, some 45 kilometres (30 miles) south of the city, a photographer said.

The Pentagon described the long-awaited operation as a "decisive moment" in the fight against IS but the US-led coalition's top commander warned it could last weeks or more.

US to send more troops to Iraq: US officials

The beginning of the assault also saw aid groups voice fears for the hundreds of thousands of civilians remaining in the city, with IS expected to use them as human shields.

Iraqi Prime Minister Haider al-Abadi announced the start of the assault in a televised address in the early hours of Monday.

"Today I declare the start of these victorious operations to free you from the violence and terrorism of Daesh (IS)," Abadi said.

IS seized control of large parts of Iraq and neighbouring Syria in mid-2014, declaring a cross-border "caliphate" and committing widespread atrocities.