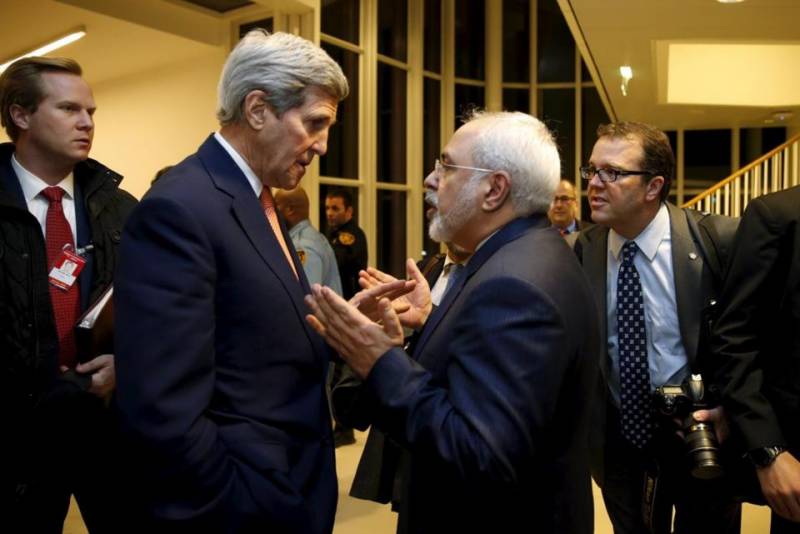 TEHRAN (APP) - Iran has rejected remarks by US Secretary of State John Kerry that its policies in Syria and Yemen are blocking efforts to encourage banks to do business with it.

Iran threatens to shoot down US spy planes: US Defence Officials

"We are surprised. During the nuclear negotiations, we clearly said that questions of security, defence, ballistic missiles and our regional policies were not negotiable and are not linked to the nuclear talks," he said.

"It is unacceptable that Mr Kerry is today talking of new conditions."

Iran supports the Assad regime in Syria, supplies Lebanon's Hezbollah with funds and weapons and backs Huthi rebels in Yemen -- all of which place it at odds with American policy in the region.

The historic deal between world powers and Iran, which came into force in January, saw a partial lifting of sanctions in exchange for curbs on Tehran's nuclear programme.

But Iranian officials have said the United States has not done enough to reassure banks they will not be penalised for doing business in Iran.

Araghchi said the United States was not doing enough to help Iran reintegrate into the global economy.

"Mr Kerry and other American officials who say they have met their commitments forget that they were not only meant to lift some sanctions, as they have done, but also guarantee and facilitate Iran's access to financial, banking, energy, technology and commercial markets," he said.

Kerry told Foreign Affairs that the US was meeting its commitments under the deal.

"We've lifted all the sanctions that we agreed to lift. But there are other problems," he said.

"We could help on technology and certain other things. But it's very difficult when Iran is engaged in Yemen and supporting Assad and supporting Hezbollah and firing missiles that people deem to be threatening and so forth. That hugely complicates efforts to move forward rapidly."