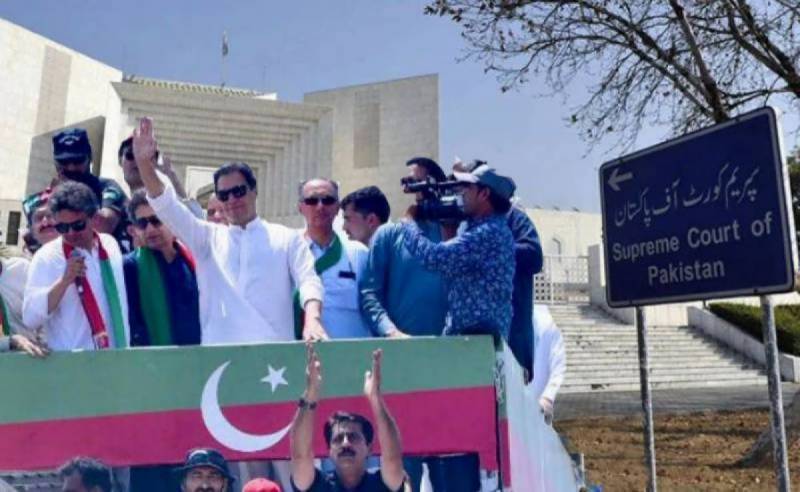 ISLAMABAD – The Supreme Court of Pakistan has dismissed a petition against the long march of former ruling Pakistan Tehreek-e-Insaf (PTI).

A bench led by Chief Justice Umar Ata Bandial, Justice Ayesha Malik, and Justice Athar Minallah heard the plea filed by Jamiat Ulema-e-Islam Senator Kamran Murtaza in which the latter requested the court to stop the long march outside the capital.

The top judge inquired what the capital administration has done to deal with the long march. At this, the advocate general responded that the Islamabad administration received a letter from PTI seeking permission.

He also revealed that the administration got no reply from Imran Khan-led party when asked about the date, time, and venue.

The advocate general also mentioned that the administration decided against granting permission for the long march as PTI leaders threatened ‘bloodshed’ after the assassination attempt on Imran Khan.

During the hearing, the new Supreme Court Judge Athar Minallah asked A.G if the administration and Parliament would not be considered weak on the court’s intervention.