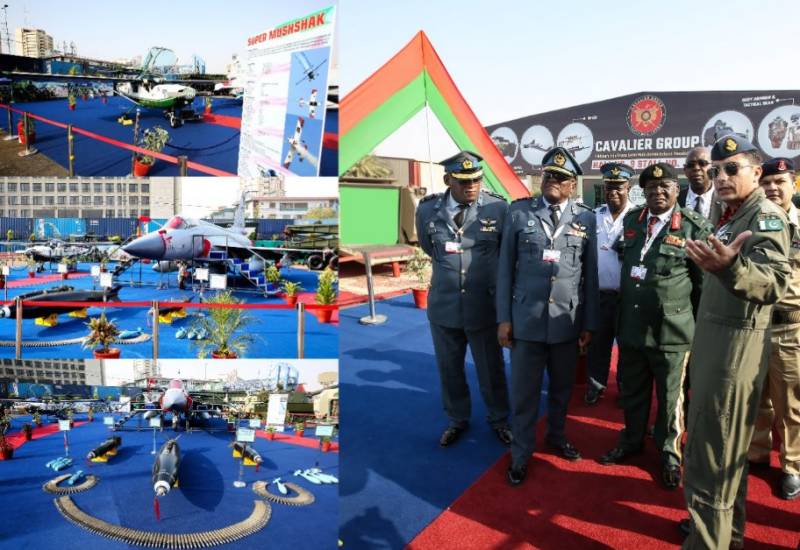 The 11th edition of the international defence exhibition and seminar, IDEAS 2022, remained at full swing at the Karachi Expo Centre.

The spokesperson for Pakistan Air Force (PAF) said that the PAF aircrafts remained the center of the guests’ attention.

“The third day of the exhibition has been marked by the guests’ keen interest in JF-17 Thunder and Super Mushak trainer aircrafts,” he stated.

“The foreign delegates and military officials have expressed deep interest in the aircrafts displayed in the PAF pavilion at the ceremony,” he added.

In the Hall No. 1 of the exhibition, there were placed modern and sophisticated weapons of Turkey.

Beautiful mortar shells, used in heavy machine guns and submarines, were also placed there in the Turkish stall.

Also, the Sindh police have decided to buy modern and sophisticated weapons for the police officials engaged in an operation against the dacoits in the Kacha area.

The Sindh inspector general of police (IGP) had ordered for the purchase of modern and sophisticated weapons for the officials of Sindh police.

It is also to be noted here that a large number of foreign delegates and the delegates of local companies kept arriving at the exhibition.

The exhibition will continue till 5pm without any break.