Son of former GB Judge Rana Shamim makes new revelations over the links between his father and Nawaz Sharif
17 Nov, 2021 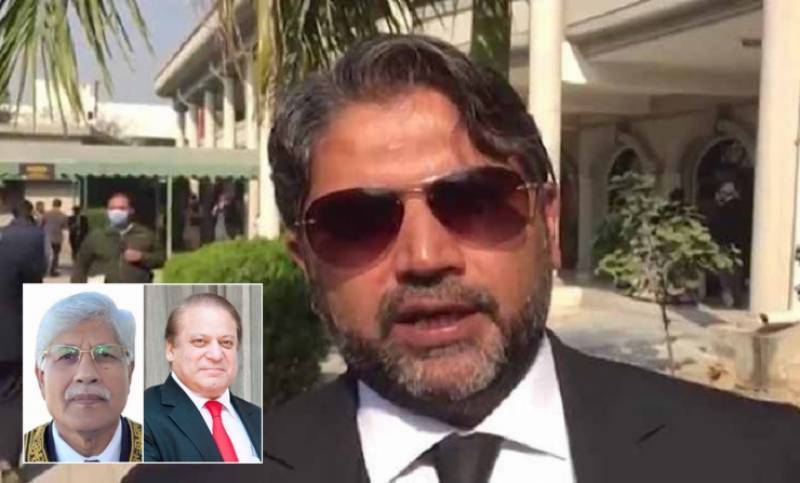 Ahmed Hasan Rana, the son of former Gilgit Baltistan judge, made the startling revelations during a prime time show a day after Shamim accused Saqib Nisar of judicial interference in the corruption references of Nawaz Sharif and Maryam Nawaz.

Shamim’s son, who is also an advocate of the country’s top court, confirmed the association of his father with the three times Pakistani PM. Rana added that his father also served as the vice-president of PML-N Sindh in the past and was Nawaz's legal representative in the Memogate scandal case.

He made the shocking statements on the same day as the Islamabad High Court (IHC) issued show-cause notices to the senior journalist, former judge,s and two others.

Speaking in the programme, Rana said he also met the PML-N supremo in jail while adding that his father had last met the former premier while visiting the UK before the Covid pandemic. My father has was in Nawaz's legal team so the two have ‘direct relations’, he added.

Appearing on another show of a private news channel, Rana confirmed that he was not aware that his father would make the statement about Nisar while visiting London clarifying that he had not seen the actual affidavit.

He mentioned that a special Supreme Judicial Council (SJC) should be constituted to resolve the matter because it involved the top judicial members.

Meanwhile, PML-N leader Musaddik Malik termed Rana’s statement ‘interesting and funny’. Malik declined to comment on the ambiguities in the matter, saying Shamim’s son had to answer for himself in the court.