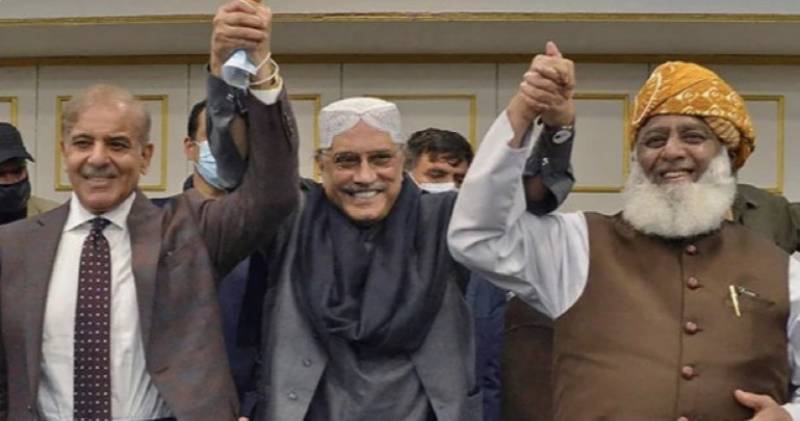 According to the inside story of the meetings of PPP co-chairman Asif Ali Zardari and JUI-F chief Maulana Fazlur Rehman with PM Shehbaz Sharif to discuss the country’s present economic woes link.

Don’t leave the government now, it took a lot of effort to make you PM, the sources quoted Asif Ali Zardari saying to Shehbaz Sharif.

We will support you in tough decisions, the former president said. Meanwhile, JUI-F chief Maulana Fazlur Rehman conditionally accepted Nawaz Sharif’s narrative and added a new mandate, but we have to go into new elections after assurance.

The MQM-P strictly opposed the idea of raising fuel prices with Khalid Maqbool Siddiqui saying that they had to sacrifice their politics for the sake of the interest of the state.