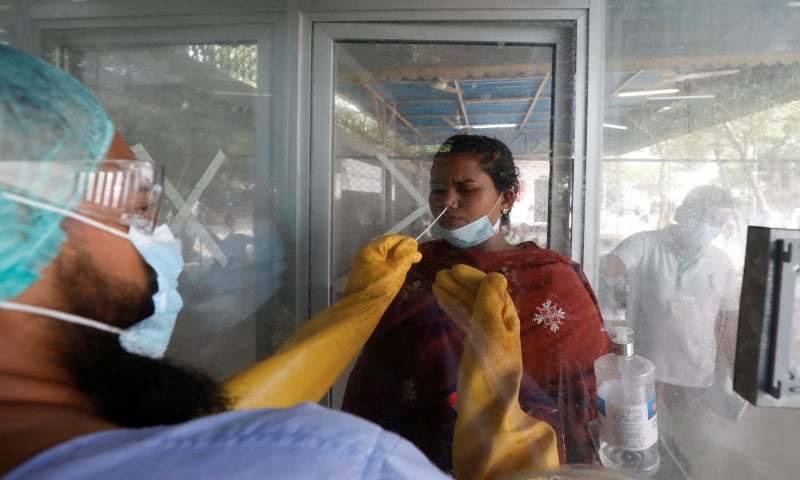 According to Pakistan’s top health authorities link, there is no proof that the triple mutant covid-19 strain from India or the B.1.617.2 variant has made it to the region.

They claim that safety initiatives such as decreased inbound travel, airport testing, and quarantine for anyone who tests positive for covid-19 have been implemented.

They claim that safety initiatives such as decreased inbound travel, airport testing, and quarantine for anyone who tests positive have been implemented. “We have reduced inbound air traffic by 80% and we are asking all passengers to get tested before boarding while they are also being tested on arrival. We are keeping those testing positive in quarantine to ensure the variant dubbed as triple mutant or Indian variant does not manage to get into Pakistan,” Special Assistant to Prime Minister (SAPM) on Health Dr. Faisal Sultan told The News.

Several health experts are advising the government to prohibit all direct or indirect flights from the United Kingdom and Gulf states to Pakistan in order to avoid the transmission of B.1.617.2 or the Indian version, which has now been designated a “variant of concern” and a global health danger by the World Health Organization (WHO).

“We don’t have documentation. Yet, to exclude anything in a country of 220 million is impossible,” Dr. Sultan said when questioned on how sure he is if the Indian variant has not entered Pakistan.

Dr. Sultan said Pakistan had approached Thailand’s health authorities via the International Health Regulations (IHR) process to request information on a family they believed had contracted the Indian version from Pakistan, but that the Thai authorities had so far refused to offer any information.

Dr. Rana Muhammad Safdar, Pakistan’s Director-General of Health, said the Indian version had not yet reached Pakistan but cautioned that it was only a matter of time before it spread to the majority of the world’s nations , including Pakistan.

He described the threat as “enormous,” noting that the Indian variant has already spread to nearly 50 countries, including our own.

“The pace at which it is spreading is alarming. For all countries, it’s just a matter of time,” Dr. Safdar said.

In response to the relaxation of restrictions in the country beginning Monday, he affirmed that there is no space for complacency at this time, as the positivity ratio in certain cities remains very strong.

According to Dr. Sultan, educational facilities have yet to open in order to minimize transmission in the region.

Dr. Safdar said that all possible options for slowing spread by strict implementation of NPIs (non-pharmaceutical interventions) and building a high immune shield by rapidly vaccinating all susceptible communities giving us the best hope of returning to normalcy and a better escape from the coronavirus pandemic.

He said, however, that a recent Oxford analysis confirms that current covid-19 vaccinations are effective against the B.1.617.2 strain.