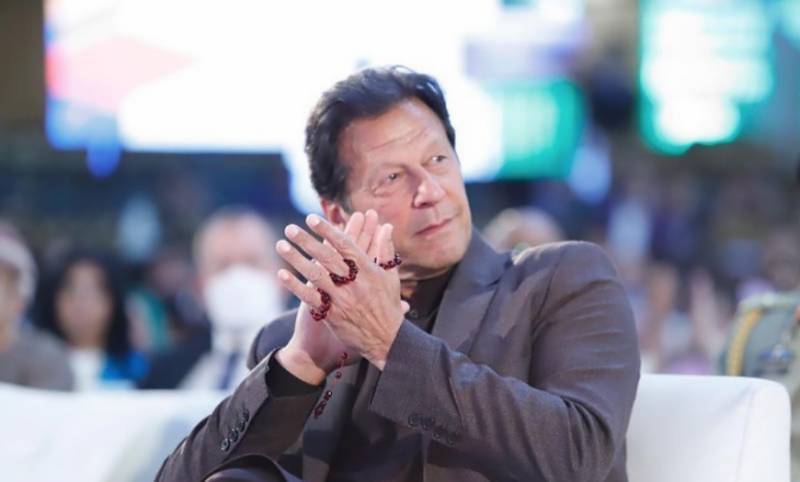 Speaking at a public gathering in Swat, the premier recalled Pakistan’s years-long struggle to get the resolution against Islamophobia passed by the United Nations.

Congratulatory messages have been coming from Muslim states on the approval of the historic resolution, Khan said while mentioning his speech at the UN.

Taking the credit, PM Imran said no Pakistani leader had earlier raised the issue at the UN as masses used to vandalise streets and states’ property whenever Islam was insulted.

He explained that after September 11 attacks, the West pushed rhetoric to link Islam with terrorism. “Terrorism has no religion, and despite Islam having no links with terrorism, a perception was created that terrorism is being spread across the world due to terrorism,” he added.

Did you ever persuade any Western leader to speak against Islamophobia? Did you even speak to them?, PM asked JUI-F Chief Fazlur Rehman while slamming opposition at the mass gathering in the country’s northwestern region.

He lambasted Fazl for taking out rallies against him and naming him the supporter of the Jewish lobby. Khan added that Fazl does politics in the name of religion and joins every government.

Taking a jibe at deposed premier Nawaz Sharif and told him that when he was holding papers to speak with former US president Barack Obama, he should have at least held two papers that mentioned the Kashmir issue and Islamophobia.

Slaves only consider money as their ‘god’ and worship it, he said while mentioning that he ‘looks eye-to-eye’ with foreign leaders.

Khan made the comments a day after the UN General Assembly adopted by consensus a resolution declaring March 15 as International Day to Combat Islamophobia.

The resolution marks the day when a gunman entered two mosques in Christchurch, New Zealand, killing 51 victims and injuring 40 others.