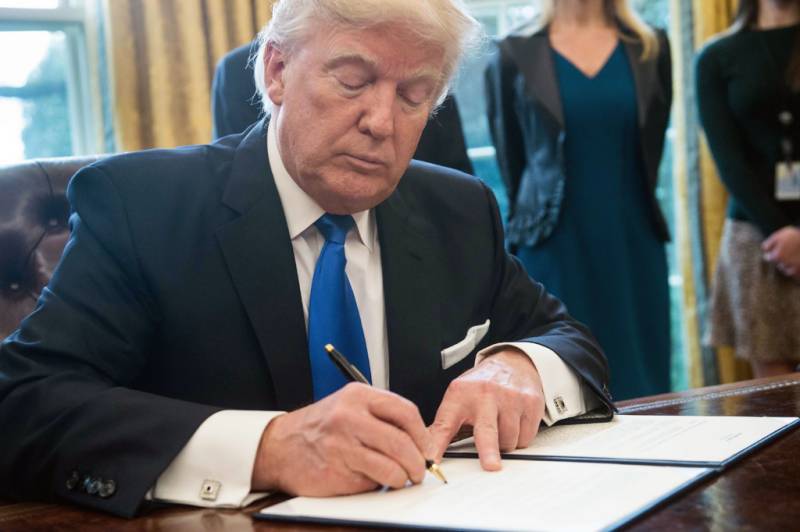 Trump declared in the Oval Office that he was “proud” to sign the veto.

It came after he suffered an embarrassing defeat on Thursday when senators, including fellow Republicans, voted to terminate his declaration of an emergency on the Mexican border.

Surrounded by law enforcement officials, senior aides and people who have lost loved ones to cross-border crime, Trump said the veto reaffirming his power to get the funds without Congress was to “defend the safety of all Americans.”

“The mass incursion of illegal aliens… has to end,” he said. “People hate the word ‘invasion’ but that’s what it is… Our immigration system is stretched beyond the breaking point.”

Trump’s emergency declaration allows him to secure funding for construction of border walls after he failed to get authorization from Congress.

Opponents, who accuse Trump of executive overreach and overhyping the problem on the border, could now use court challenges to halt the emergency measure.

Nancy Pelosi, the Democratic speaker of the House of Representatives and a leader in the fight to prevent Trump’s wall plans, called Trump’s action a “lawless power grab.”

“The president has chosen to continue to defy the Constitution, the Congress and the will of the American people,” she said in a statement.

An attempt to override the veto will be held on March 26, she announced. However, this is very unlikely to pass as a two-thirds majority is required.

Trump has made border security an over-arching domestic issue in his presidency and says it will remain at the center of the agenda in his 2020 reelection bid.

Although there has been a surge in arrival of families and children at the border, overall apprehensions at the frontier are down substantially from a decade or more ago.

Most Republicans support Trump’s position that the border is out of control. However, there were defections in Thursday’s Senate vote by Republican senators angered at what they see as the president’s improper seizing of power over the government purse strings — a role reserved for the legislature.

The declaration of emergency has been challenged by 16 states which sued the administration last month, contending the order was contrary to the constitution’s presentment and appropriations clauses, which outline legislative procedures and define Congress as the final arbiter of public funds respectively.

The lawsuit also questioned Trump’s categorization of illegal border crossings as a national emergency, saying data issued by the administration itself refuted the notion.

The White House says the emergency order empowers it to pull around $6.6 billion from other sources, mostly already-allocated funds in the Defense Department budget.

But the complaint countered that tapping military funds would result in huge losses for the states’ national guard units which would otherwise use the money to combat drugs.

Should the states prevail, the case could work its way up to the Supreme Court, setting up a precedent-setting showdown on the separation of powers.