US hints at more tougher measures against Russia
17 Mar, 2018 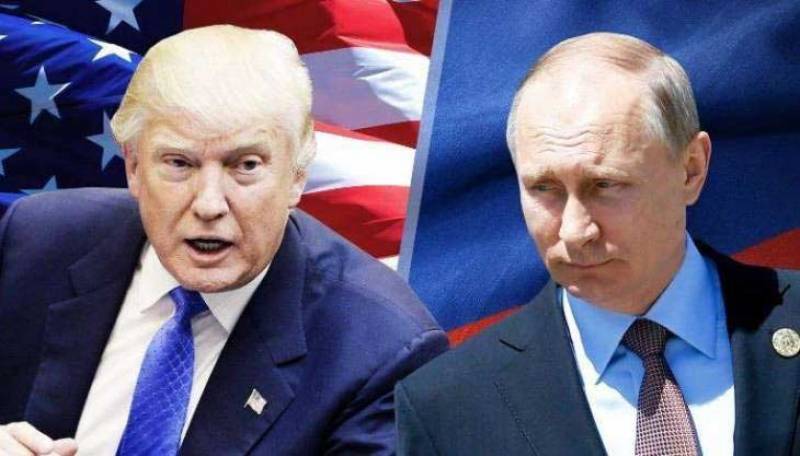 MOSCOW:After imposing new sanctions against Russia and accusing the country of carrying out a suspicious chemical attack against a former Russian double agent in Britain, the United States has hinted at more and tougher measures against Moscow.

Explaining the sanctions via a teleconference, several senior U.S. officials said further sanctions and measures will come, according to the White House.

"Russia's behavior on the world stage is continuing to trouble us and we are continuing to press back in meaningful ways," it said, adding that sanctions did not mean the end of the ongoing U.S. conflicts with Russia.

It also condemned Russia for hacking the U.S. energy grid and other critical infrastructure in "a separate attempt."

"There will be a few additional uses of authorities not previously used ... We are going to continue actions to increase pressure on Russia," the statement said.

Besides the sanctions, the leaders of Britain, France, Germany and the United States released a joint statement on Thursday, saying there was "no plausible alternative explanation" for the use of a military-grade nerve agent to "murder" former Russian double agent Sergei Skripal and his daughter.

Skripal, 66, and his daughter Yulia, 33, are in a critical condition in hospital after being exposed to a nerve agent in the British city of Salisbury.

British Prime Minister Theresa May on Wednesday announced that her government would expel 23 Russian diplomats and told them to leave within a week.

Moscow has denied any involvement in the poisoning and threatened reprisals against Britain if measures are taken by the British government.

Russian Foreign Ministry spokeswoman Maria Zakharova said on Thursday that Britain had refused to cooperate with Russia "on the fulfillment of its duties as a signatory to the Chemical Weapons Convention."