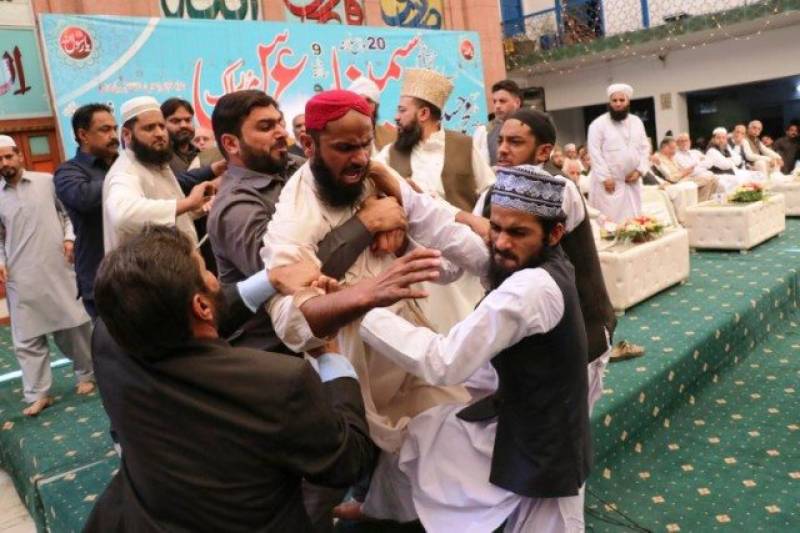 *LAHORE: Anti-Terrorism Act has been applied in the case of shoe throwing against Nawaz Sharif. *

*ATA section has been included in the case registered against a seminary student and two of his associates for throwing shoe at former Prime Minister Nawaz Sharif in Lahore last week.*

According to our correspondent, the development came after a local judicial magistrate heard bail application of the accused today.

During the hearing, incharge of the investigation presented his report and told the court that Section 7 of the ATA has been included in the case. At which, the magistrate said he was not authorized to hear the case under ATC laws.

The judge transferred the bail application to antiterrorism court.

In the application, the accused have stated that they are not associated with any political party.

The man, who hurled shoe at Nawaz Sharif in Lahore’s Jamiya Naimia, is said to be former student of the seminary. He was arrested by police along with two of his associates.