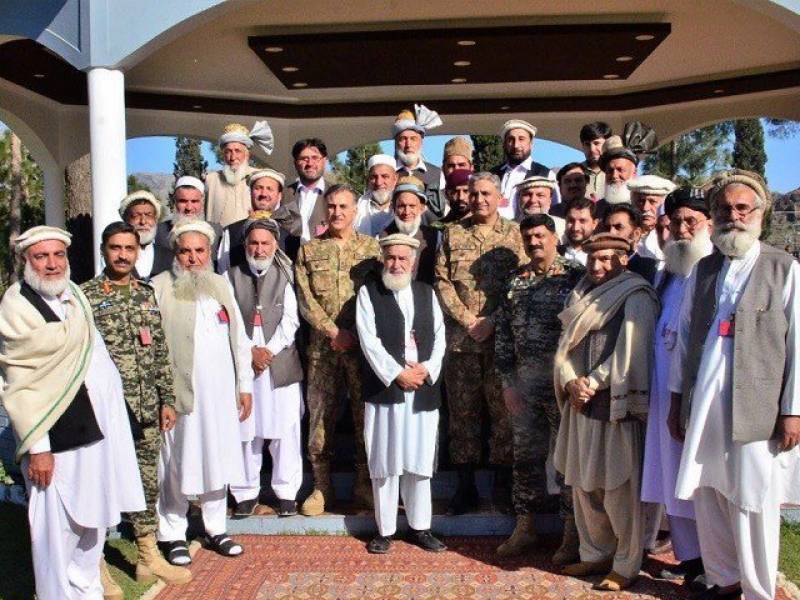 According to ISPR, at the corps headquarters Peshawar, the Army Chief was given detailed briefing on security situation in FATA and Khyber Pakhtunkhwa, progress on Operation Raddul Fasaad, return of Temporarily Displaced Persons and development works.

In the Khyber Agency, the Army Chief witnessed progress on fencing along Pak-Afghan border.

He interacted with troops and tribal elders and hailed their sacrifices for peace and full support behind efforts of security forces.

General Qamar Javed Bajwa assured them that ongoing consolidation efforts shall take the current gains towards enduring peace and stability.