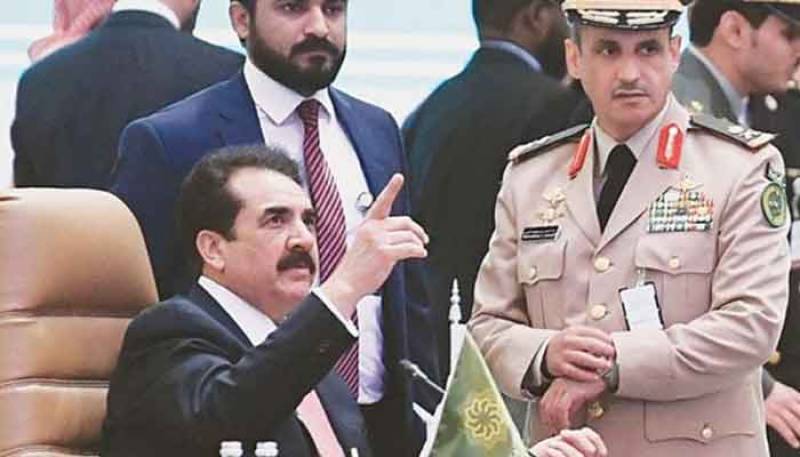 He had assumed as Commander of Riyadh based Coalition Force towards the end of May 2017. The federal cabinet issued him NOC for the slot to regularise his service abroad after retiring from the Army.

The sources pointed out that General Raheel has been given further extension in his incumbent capacity for one year. The general and his family were granted five-year multiple visa of Saudi Arabia as he visited Pakistan four times after assuming the responsibilities in the Kingdom’s capital.

Meanwhile, the ties between Pakistan and Saudi Arabia are attaining new upwards swing in the light of recent visit of Prime Minster Imran Khan to Saudi Arabia where he attended Makkah summit of the Organisation of Islamic Cooperation (OIC).

The prime minister couldn’thave meeting with the custodian of the two Holy Mosques, King Salman bin Abdul Aziz, on the occasion, but he had detailed discussions with Crown Prince Muhammad bin Salman. Saudi Arabia’s Ambassador to Pakistan Nawaf Saeed Bin Al Malkiy has dashed to Riyadh for obtaining fresh instructions from the Royal leadership and having important consultations with the high-ups concerned in his capital. It is likely that he will be staying in the Kingdom about two weeks and return Islamabad with fresh specific instructions catering various dimension of the bilateral ties.

Well placed diplomatic sources told that trajectory of the relationship between Pakistan and Saudi Arabia is on the ideal track, but the working on accelerating its pace is required. Pakistan’s ambassador for Saudi Arabia Raja Ali Ejaz, who has performed in excellent manner for cementing ties of two brotherly countries had submitted concrete proposals for enhancing relationship further last month, and it is expected that he would also come to Islamabad soon for consultations with the government here.