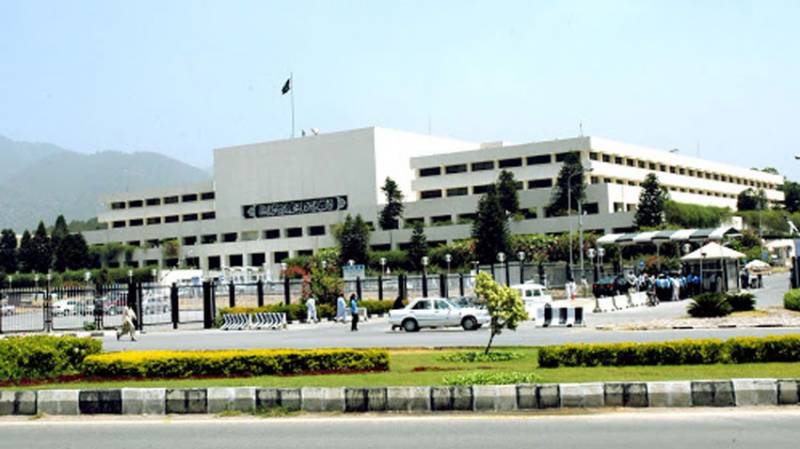 The meeting of the committee was under the chairmanship of its Chairman Senator, A Rehman Malik  and was attended among others by Senators Faisal Javed Khan, Javed Abbasi, Mian Ateeq Shaikh, Mian Raza Rabbani, Kalsoom Parveen, Sardar Shafiq Tareen, Chairman CDA and other officials from ministry of Interior, Islamabad Police, Punjab Police.

Rehman Malik  said,  “Today is the 347th day of curfew in IOJK and since day first the committee has been marking these days as ‘Dark Days’ in the history of mankind and expressing solidarity with Kashmiri brothers and sisters who are struggling for their legitimate right of self-determination under UNSC Resolutions.”

He said that Indian Prime Minister Narendra Modi’s brutalities were not only limited to the IOJK but through RSS he was persecuting Muslims across the India.

He urged the international community to intervene and stop the ongoing massacre of Muslims in India and IOJK.

The senate body in a unanimous resolution condemned the illegal and immoral steps being taking by Indian Prime Minister Narendra Modi for making demographic changes with the view to reduce the Kashmir population by allowing domicile on very easy terms enabling Indian citizens to show more Hindu population against the Muslims in the next census.

Rehman Malik expressed his fears that coronavirus cases would increase manifolds in upcoming days and urged the government to make strict and implementable SOPs for Eid-ul-Azha so that the spread of the pandemic could be controlled.

The bill called for inserting a new section 112AA in the Ordinance XIX of 1965 regarding offences and penalties related to emergency vehicles.

Section 1,2,3 of the amendments proposed calling for giving clear and uninterrupted passage to ambulances and fire brigades, imposing fines on failure to comply and punishing people who use warning devices without authorization respectively were approved while sections 4,5,6 were withdrawn by the mover.

The Pakistan Penal Code (Amendment) Bill, 2020 (omission of 124-A) introduced by Senator Mian Raza Rabbani was  discussed in the meeting. The mover briefed the committee about the scope of amendment which would omit the section 124-A.

The chairman said that since the bill was of highest importance which needed a thorough deliberation. He decided to call federal secretary law and all provincial home secretaries in next meeting to further deliberate on the bill.

The matter of relief packages for businesses especially hotels and restaurants raised by Senator Muhammad Javed Abbasi were discussed in detail.

Rehman Malik said that Coronavirus had affected people from all sections of the society adding that government must announce a general relief package covering all.

He urged the government to announce relief packages for traders, businessmen and laymen that all could be compensated equally.

He said that in first phase, the small businessmen especially those who are running shops in markets and big malls should be accommodated for their loss during lockdown period.