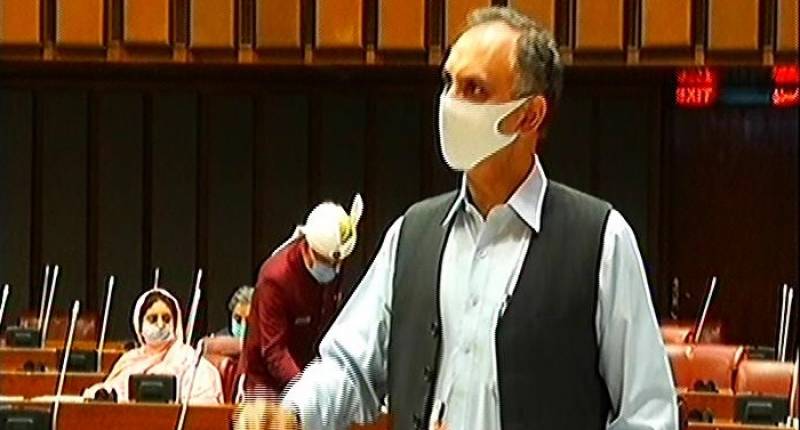 ISLAMABAD-Minister for Power Omar Ayub says a campaign has been started to check power pilferage across the country.

Responding to questions during Question Hour in the Senate on Friday, he said distribution companies have been directed to control line losses. He said efforts are being made to rehabilitate the Transmission and Distribution Infrastructures to reduce technical losses.

The Minister said the incumbent government has enhanced transmission of electricity from 18000MW to 23500MW in two years.

Minister for Human Rights Shireen Mazari told the House that the government is committed to curb domestic child labour. She said the ministry has introduced law to curb child abuse.

Minister of State for Parliamentary Affairs Ali Muhammad Khan said China-Pakistan Economic Corridor is a project of the country. He said Pakistan will not accept any dictation from any country to decide its future.

Responding to a Call Attention Notice, Minister of State for Parliamentary Affairs Ali Muhammad Khan categorically rejected the rumors regarding curtailing the retirement age of the government employees from 60 to 55 years. He said there is no proposal under consideration to reduce the retirement age.

The House will now meet again on Monday at 4 pm.