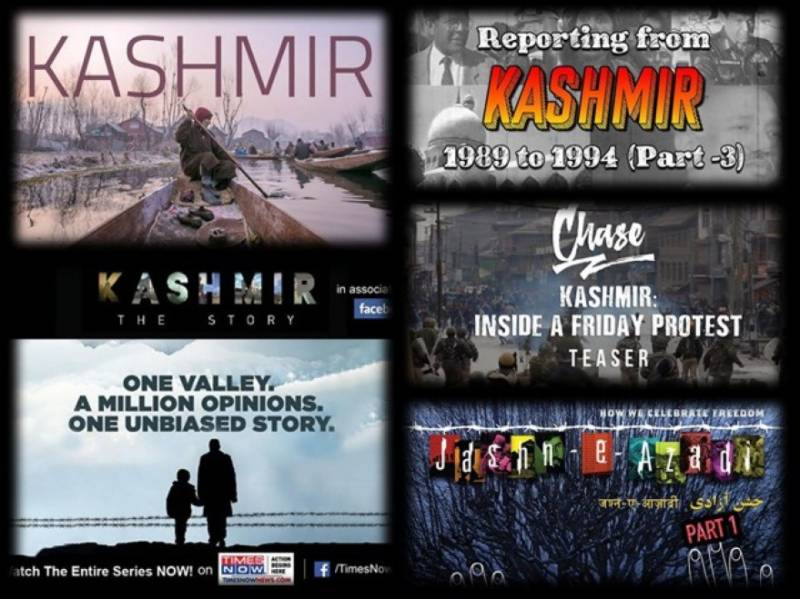 ISLAMABAD-MIRPUR,While highlighting the impacts of demographic change on indigenous population in the Indian occupied Jammu and Kashmir, speakers at a live Webinar hosted by the Kashmir Institute of International Relations (KIIR) said that the India’s nefarious design aimed at bringing material change, devastating impact on political, economic, cultural identity of the Kashmiri people.

In his opening statement the KIIR chief while referring to the precarious situation in the held territory termed 2019 as a dark year for Kashmir. “It has been a rough year for Kashmiris who after being stripped of their decade’s long autonomy had to bear the brunt of crippling military lockdown and communication blockade”, he said adding that after a loss of autonomy Kashmiris were now reeling under Covid19 lockdown, which he said was remorselessly used by India as an opportunity to implement its colonial agenda.

Mirza Saaib Beg a Kashmiri lawyer based in London, UK while addressing the webinar underlined the dangerous aspects of the newly introduced domicile law and said that the domicile law fraught with perils was a disastrous recipe to deprive Kashmiris of their land, jobs and other privileges. “Domicile law will give the Indians an opportunity to buy land, apply for jobs in Kashmir”, Beg.

So far as India's plan to alter the region’s demography is concerned he said that the work on this plan has begun the day when the government of India introduced the new domicile law for the citizens of Jammu and Kashmir. Giving the figures he said, “There are 1.5 million non-Kashmiris who will qualify for the 15-year category of the domicile law excluding the other 2 categories which is 15% of the current population of Kashmir”.

These people he said will get voting rights in Kashmir who will participate in the electoral process. He said that India was doing its bit to legitimize things, which he said were not acceptable to Kashmiri people. “In case there is a referendum on Kashmir in future, it will be very difficult to get these people out of Kashmir”, he said adding at it will further complicate the matter.

Referring to other aspects of the continued lockdown in the region he said, “As private economy has been destroyed due to lockdown the unemployment rate in Kashmir has increased”. He said that 500,000 jobs are available in Kashmir, if non-Kashmiris start applying for these jobs, unemployment of Kashmiris will increase.

Regarding Mining of Natural resources in Kashmir, he said that the tenders were given to non-Kashmiri people through online bidding. Regarding the BJP government’s plan to settle outsiders in Kashmir he said, “Deforestation has already taken place in the region to make place for non-Kashmiris to settle in the valley”. He revealed that 50,000 acres of land has been under the illegal control by the Indian army. He said that the series of laws enacted by the government of India in Kashmir amply demonstrated the fact that Indian was hell bent to change the region’s demography the way Israel did in Palestine.

He however maintained that Kashmiris have lost everything and have nothing more to lose against India. Kashmiris he said have not and will not give up on hope and will continue with the resistance. Citing the worst human rights violations taking place in the region he said, “Atrocities being carried out against Kashmiris by Indian forces can be the reason to approach the international courts though the United Nations”.

Renowned Turkish peace activist and human rights activist Prof. Mehmut Sukru Guzel said, “Legally, the state of Jammu and Kashmir is an international dispute according to the United Nations Security Council resolution. He said that Indian bid to change the demographic of Jammu and Kashmir was a flagrant violation of the UN charter.

Ambassador Zamir Akram who has served as the Pakistan Ambassador and Permanent Representative to the United Nations said that Indian policies regarding the change on the status of the occupied Kashmir has been the BJP’s core agenda for many years. Modi’s relations with the US he said has given him confidence to carry out the illegally process in IOK.

India’s main motive behind this move he said was to grant non-Kashmiris citizenship and other rights including the right to employment and buy the land in Kashmir. Terming it as a violation of the Geneva Convention he said, “It is no short of any genocide in Kashmir”. The Modi government he said was hell bent on converting the Kashmiri people into a minority in their own land as was done by the Americans to the Native Americans.

Kashmiri people he said need to fight back for their rights as the people of Jammu and Kashmir have the right for self-defense against the atrocities carried out by the Indian government. He said that a concentrated sustained effort was needed to project the overall Kashmir issue and the urgency about the demographic changes. Pakistan has been trying to raise and project this issue worldwide but due to the travel constrictions, their approach has been limited in the last few months. He said that legal experts need to be brought together so that they can work together to raise the legal aspects of the issue to take it to the international court of justice.

Syed Waqas Ali Kausar said that the Indian forces deployed on the LoC have been deliberately targeting local population to deflect world attention away from the situation in held territory. He said that it has been BJP’s political agenda to further complicate and divide the region based on religious and ethnic bases. About the political and financial empowerment of the people of AJK he said, “After the 13th amendment, AJK was further empowered which is hailed by people within and outside the AJK”.

British MP Andrew Gwynne on the occasion voiced his concern over the international community’s deafening silence on the sufferings of Kashmir and said, “What has been happening in Kashmir the global community would have been outraged if it would have happened to people in any other part of the world”.

Addressing the event Endre Barcs said, “Global people were not aware of the Kashmir issue until the atrocities carried out since last year by the Modi government”.  He said that the International media was heavily covering the Kashmir issue in the western part of the world to give the Kashmiri people a voice.