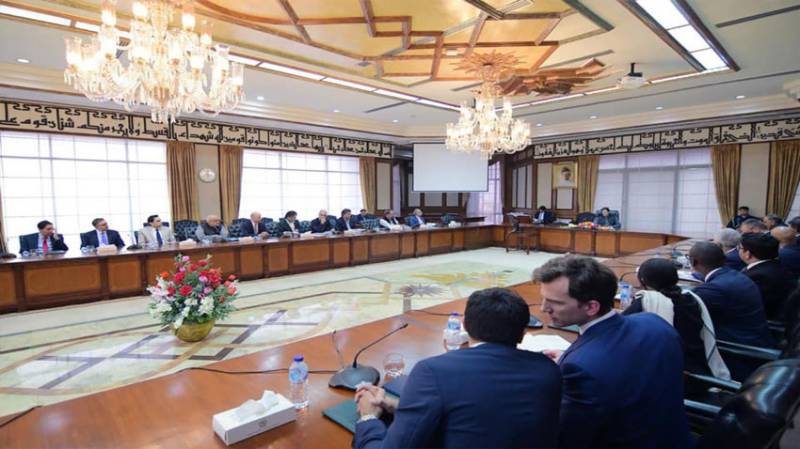 Prime Minister Imran Khan says the government is fully determined to extend all possible facilities to the investors and business community.

He was talking to a delegation of US-Pakistan Business Council which called on him in Islamabad led by Dr. Mahmood Khan.

He said the government is making all out efforts to change that mindset and thinking of the past in which the profit earning business activities were considered as negative and heavy taxes were levied to discourage such trend.

Prime Minister said Board of Investment and all the concerned Ministries are making hectic efforts to facilitate the investors.

He said the business community will find the government receptive and responsive.

The chairman US-Pakistan Business Council apprised the prime minister about the different US companies working in Pakistan.

The representatives of the companies also apprised the Prime Minister about their business activities, trade volume and their role in Pakistan's economy.

They also indicated further expansion in their business and investment activities in Pakistan.

Talking to the delegation, the Foreign Minister said a business friendly climate is fast emerging for foreign companies to invest in diverse areas in Pakistan after the recent structural economic reforms by the government.

Shah Mehmood Qureshi appraised the delegation of the economic and investment opportunities in Pakistan for the U.S. corporate and business sectors in clean energy, housing and infrastructure, agriculture as well as information technology sectors.

He said U.S. companies already operating in Pakistan are getting a high return on their investments and the government is keen to further accelerate and facilitate their businesses.

The delegation was informed that during his forthcoming visit to the U.S. next week, the Prime Minister would be meeting with prominent business and corporate leaders to brief them on the economic opportunities in Pakistan.

The representatives of various companies agreed that because of the policy initiatives of the Government, prospects to further intensify and deepen economic engagement between Pakistan and U.S. are encouraging.