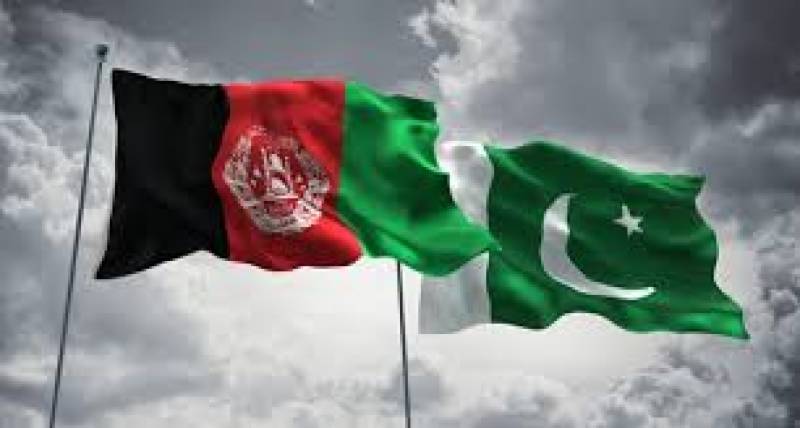 Speaking as chief guest in his keynote address at One-day National Dialogue Series (Session II) Roundtable on "Managing Hyphenated Climate and Water Challenge: A Case Study of Pakistan" organized by the Islamabad Policy Research Institute (IPRI) here he said that the country was dumping a total of 20-30 maf per year water of Indus River where its small ratio given to Afghanistan would help bind the two nations strategically and economically to attain sustainable development.

He said that Pakistan had lost its three rivers to India under the Indus Water Treaty where only one river and a dam were given in return. WAPDA had very little idea of decisions taken under the treaty, however, the country developed a great leadership in its aftermath to protect its future, he added.

“Ghulam Ishaq Khan has been in WAPDA during the Indus Water Treaty era and he argued at that moment one dam was not enough to cater with the needs of the growing population and economy of the country. WAPDA then has decided to build Tarbela Dam instead of Kalabagh Dam with the assistance of the World Bank,” he mentioned. Mulk noted that WAPDA chose Tarbela Dam owing to difficult terrain and topography as it was not possible without the technical and financial assistance of the foreign agencies whereas Kalabagh Dam’s construction was possible from the indigenous available resources.

Arthur Casagrande, he said was the father of rock dams at that time had termed the repair work of the broken part of the dam as, “It’s far better what WAPDA did on Tarbela than NASA did on the moon.”

Engineer Shams ul Mulk mentioned that it was the enormous leadership of WAPDA at that time who took the daunting task on war footings to manage the water resources of its sole river basin. However, during Ayub regime Pakistan realized to augment its existing water capacity and energy production due increasing population.

The country was progressing at 10 per cent growth rate as compared to India on 3 per cent, he added. “President Ayub himself took the letter to the US authorities to negotiate for constructing another dam where their single sentence in response has cost Pakistan much throughout the history. The response quoted as if you [Pakistan] wish to maintain the growth rate achieved in the recent past you will have to build Kalabagh Dam. Our enemies have taken it seriously and failed us till date to build more dams,” he said.

In the prevailing century, around 45,000 dams had been constructed the world over where 22,000 out of these were built in China where its famous three gorges dam had the potential to generate electricity over the entire capacity of Pakistan, Mulk said.

President IPRI, Ambassador Vice Admiral (R) Khan Hasham Bin Saddique in his welcome address said the fact that only 2.5 per cent of the total fresh water resources were available for the world population had convinced us to hold the national dialogue on such pertinent issue.

Water crisis, he said had certain politics attached to water resources as it effects were expanded to the concept of national security. Pakistan had less than 1 per cent contribution to the global green house gases emissions whereas it was among the three countries to be affected by climate change.

Pakistan had the fourth largest aquifer in the world and was blessed with glaciated rivers. The unplanned urbanization, climate change, population explosion and poor water management would turn the country go dry till 2040 as global studies reveal, he added.

“Water issues have gain extreme attention of the stakeholders in the country and the global partners whereas the country has adopted its water charter and water policy in April 2018,” he added.