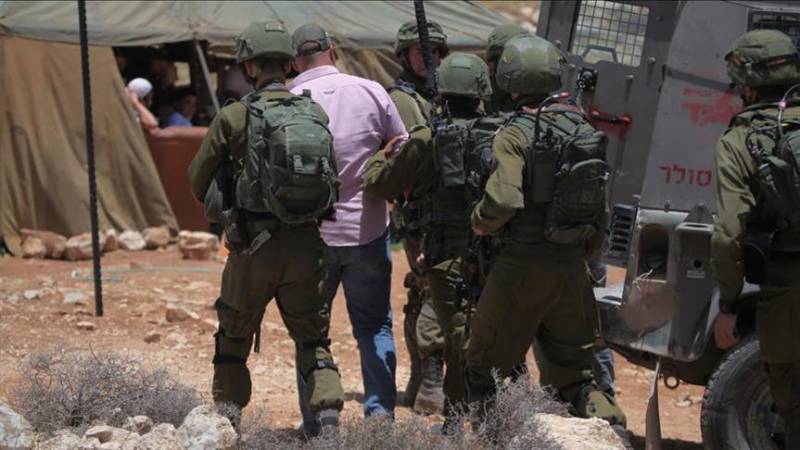 JERUSALEM: Israel's army said on Wednesday that its troops arrested 19 Palestinians in the West Bank in overnight raids, saying "the individuals are suspected of terrorism."

The military issued a statement saying the detainees are "suspected of involvement in terrorist activities, popular terror, and violent riots," with the term "popular terror" usually refers to hurling stones and other objects towards Israeli security forces or settlers.

"The suspects have been taken into custody for further investigation," the statement read.

A military spokesperson said that during a search in homes in the northern West Bank, the troops found and seized M4 weapons, military uniforms, pipe bombs, and other weapons.

According to Addameer, a Palestinian prisoners' rights group, some 5,250 Palestinians are currently jailed in Israeli prisons and detention facilities, including 205 minors and seven lawmakers.

Israel seized the West Bank in the 1967 Middle East war and has continued to control it ever since despite international criticism.