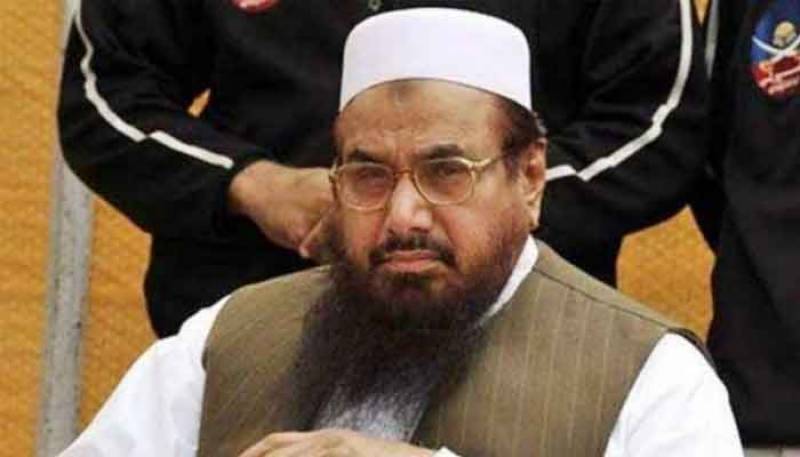 LAHORE: The Counter Terrorism Department (CTD) has arrested Hafiz Muhammad Saeed while he was going to Gujranwala  from Lahore, reported on Wednesday.

The TV channel reported that  Saeed has been taken into custody as part of government's crackdown against banned organizations.

He was on his way to Gujranwala to  file a bail plea in  a case   when the  CTD detained him.

Sources told that Hafiz Saeed had many cases registered against him in several police stations.

The sources said the leader of banned Jamaat-ud-Dawa has been shifted to an undisclosed location and the CTD was likely to hold a media briefing later in the day.