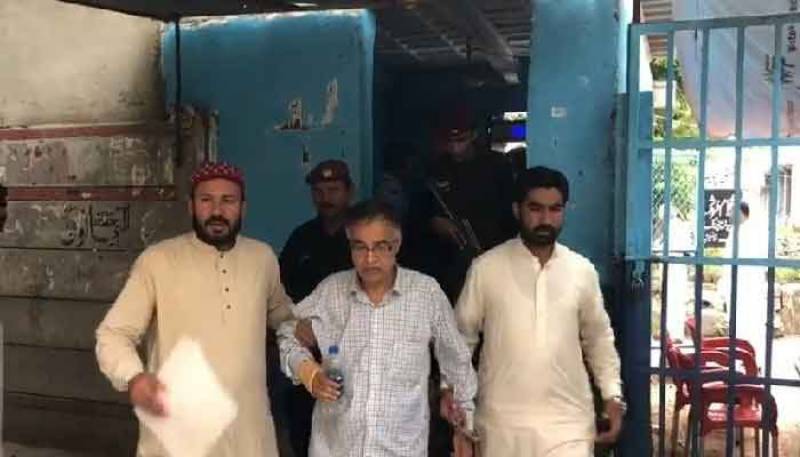 Quoting sources Geo News reported on Wednesday that  Mian Tariq was trying to flee when he was taken into custody.

The sources said video of the judge has  been recovered from Tariq's possession and sent for forensic test.

The raid was carried out by Cyber Crime Wing of the agency, according to Geo News.

Later, he was presented before the court which remanded him into  two-day FIA custody.