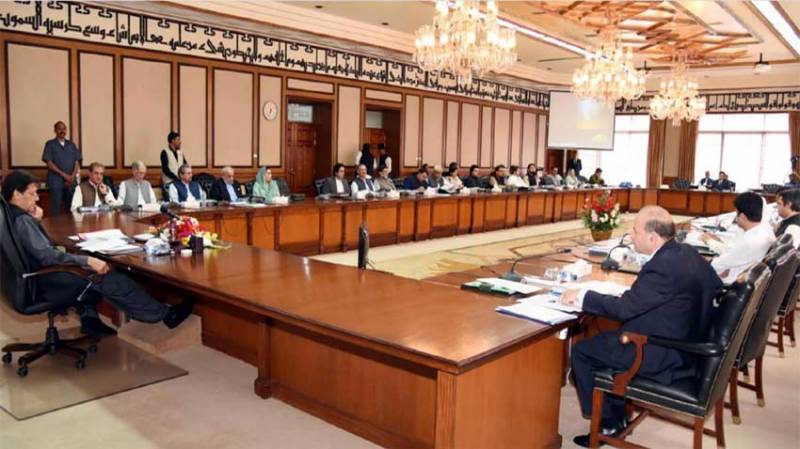 Prime Minister's Special Assistant on Information and Broadcasting Firdous Ashiq Awan says a committee has been constituted to submit its recommendations to the cabinet on the verdict of World Bank's Arbitration Court on Riko Diq case.

Briefing media about cabinet meeting along with Federal Minister for Communications Murad Saeed and Advisor to Prime Minister on Climate Change Malik Amin Aslam in Islamabad on Tuesday, she said the committee will submit its recommendations, point out those responsible and devise future strategy in this regard.

She said that it has been decided that Minister for Communications Murad Saeed will brief every cabinet meeting about the foreign tours of the Sharif family and expenditures incurred by them illegally.

Firdous Ashiq Awan said the cabinet issued directives for appointing permanent heads in all the departments which are being run without permanent heads.

The Special Assistant said it has been decided that a mechanism will be devised to keep an eye on the prices of items of daily use like pulses and wheat flour.

She said it has been decided that the tax on import of edible oil will be reduced from seven percent to two percent, which will break the back bone of the hoarders.

She the cabinet discussed about the possible measures needed for improvement in the management of land record by the revenue department. She said that the matter will be taken up in the next cabinet meeting.

Firdous Awan said that the Prime Minister is of the view that the government is ready to listen to the problems of the traders but there will be no compromise on the registration process of the traders to include them in the tax net.

Providing details of the corruption and lavish spending of PPP and PML-N leaders, Federal Minister for Communications Murad Saeed said that during the last ten years the previous governments misused national exchequer in the name of security and foreign tours.

He said former Prime Minister Syed Yousaf Raza Gilani had five camp offices, three in Lahore and two in Multan and spent 245 million on his security.

He said Zardari had two camp offices in Larkana and Naudero before he became the President of Pakistan. He said Asif Zardari used 246 vehicles and 656 police personnel for his personal security.

Murad Saeed said former Prime Minister Nawaz Sharif spent 460,000 dollars on one US visit in 2015 but Imran Khan will complete his visit by spending only 60,000 dollars.

He said Nawaz Sharif spent 327, 000 pounds on his treatment in the United Kingdom in 2016 out of the taxpayer's money and used a special aircraft of PIA.

He said that Raiwind residence of Nawaz Sharif was also declared a camp office and hefty amounts were spent on its security. He said total amount spent on the security of Raiwaind was and 4.3 billion rupees.

Contrary to this, Imran Khan spent money on fencing of his Bani Gala residence from his own pocket.

He said a total of 2,717 security personnel were deployed on the security of Sharif family in total.

Talking about the austerity measures of the incumbent government, Minister for Communications said that there is a reduction of 85.6 percent in security expenditure of Chief Minister Punjab Usman Buzdar and 60 percent reduction in expenditure on his movement.

He said no camp offices are being used by the incumbent Chief Minister.

He said the money saved in this way will be spent on the welfare of under privileged segments of the society.

Briefing about the important decisions taken by the Federal Cabinet regarding Clean and Green Pakistan, Prime Minister's Advisor on Climate Change Malik Amin Aslam said that the cabinet has decided to ban manufacturing, selling, buying and use of polythene bags.

Malik Amin Aslam said that 140 million saplings will be planted during the Monsoon season in the current year.