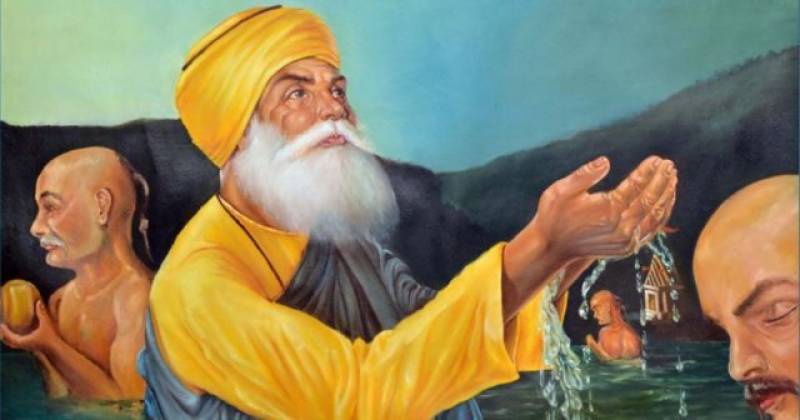 NAROWAL: Governor Punjab Chaudhry Muhammad Sarwar said that the land cultivated by Baba Guru Nanak in Kartarpur Sahib would be preserved for posterity and no construction would be allowed.

Talking to media men during his visit to Kartarpur Corridor, here, he said the government had also decided to increase land for Gurdwara Darbar Sahib Kartarpur from 3 acres to 42 acres, adding that the total land for Kartarpur Corridor would be 408 acres.

Chaudhry Sarwar inspected the pace of development work on Gurdwara Darbar Sahib and Kartar Corridor for more than an hour and lauded the performance of FWO.

To a question, he said Indian Prime Minister Narendara Modi should also attend the inagural ceremony of the Kartarpur Corridor.

"The FWO and other departments have completed the work on the corridor in months which otherwise could have taken years to complete," he added.

Responding to a query, he said Pakistan would complete work on the corridor during October of the current year, adding 5,000 Sikh Yatrees having valid visas would also be able to have stay in the Kartarpur.

The Punjab Governor, to a question, said the Sikh Yatrees coming from India would have to return from Kartarpur in the given time.

About progress of work, Governor Sarwar said 80 percent work on the Kartarpur Corridor had been completed as per vision of Prime Minister Imran Khan, adding, all the work would be completed here before 550th birth celebrations of Baba Guru Nanak in October 2019.

He said it was a good omen that second round of talks between Pakistan and India on the Kartarpur Corridor remained successful.

He hoped that India would also complete development work on Kartarpur Corridor on its side in the required time.

The governor further said that the Sikh Yatrees coming from Uk, USA and other countries on valid visas would be granted permission to stay here and residences were being built for them. He added that 5,000 Sikh Yatrees would be able to stay at one time.

To a question, he said religious tourism and heritage committee headed by him is making full efforts for promotion of tourism in the country as per vision of Prime Minister Imran Khan.

Governor Punjab Chaudhry Muhammad Sarwar expressed the hope that the government would generate 4 to 5 billion dollars through tourism.