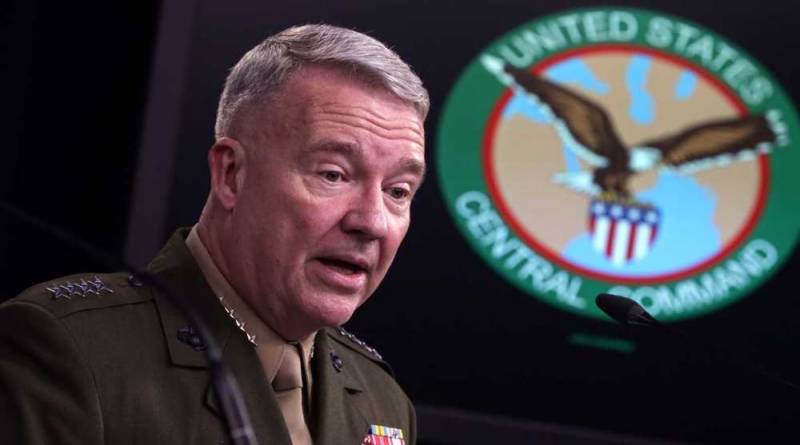 Outgoing US President Donald Trump has ordered the country’s Central Command (CENTCOM) to coordinate military activities with the Israeli regime, while also designating Persian Gulf Arab kingdoms of Bahrain and the UAE as “major security partners” in his final days in office.

The move, first reported by the * Wall Street Journal *, follows a last-minute push by Trump to shore up a regional anti-Iran alliance and convince Arab dictators in West Asia to normalize ties with the hawkish Israeli regime as Washington intends to focus more on countering major military and economic rival China in the coming years.

The occupied Palestine had previously fallen under the area of responsibility of the US European Command (EUCOM) out of diplomatic deference to the political sensitivities of US-sponsored Arab regimes, many of which have long refused to publicly recognize the Tel Aviv regime until a “political solution” is reached for the status of Palestine.

“The easing of tensions between Israel and its Arab neighbors subsequent to the Abraham Accords has provided a strategic opportunity for the United States to align key partners against shared threats in the Middle East,” the Pentagon claimed in a Friday statement.

“Israel is a leading strategic partner for the United States, and this will open up additional opportunities for cooperation with our US Central Command partners while maintaining strong cooperation between Israel and our European allies,” it further read.

The oil-rich Persian Gulf kingdoms of UAE (United Arab Emirates) and Bahrain have signed formal agreements recognizing the anti-Palestinian Israeli regime – under the so-called Abraham Accords -- while the restive North African states of Sudan and Morocco have so far signaled openness to doing so under intense US pressure. link . link

The Trump administration has offered significant incentives for the agreements, including debt relief for Sudan and advanced weapons sales to the despotic rulers of the UAE and Morocco.

The bid to include the Israeli-occupied Palestine in CENTCOM's region was not a last-minute decision and has been frequently discussed by senior US military officials in recent years, according to a former senior official cited by Al-Monitor in a Friday report.

"There have been discussions on this for some time," said Mick Mulroy, former deputy assistant secretary of defense for the Middle East as quoted in the report, adding: "Israel's biggest threat comes from within the Middle East: Iran. CENTCOM has a better understanding of what that threat entails."

A key objective of the so-called Abraham Accords is to enable Middle Eastern militaries to become “interoperable with the United States as well as with each other,” said the US State Department’s top official for foreign military transfers, Clarke Cooper, during a press briefing last month.

As part of CENTCOM’s bid to put that vision to the test, the Pentagon orchestrated a military show of force in the region over the past several weeks in efforts to deter Iran from carrying out its vow of taking retaliatory action to avenge US terrorist assassination of Iranian Lt. Gen. Qassem Soleimani and several other senior Iraqi and Iranian officers in January 2020. link- . link-

The development came as some US security analysts cited in local military news outlets have described the inclusion of the Israeli regime under CENTCOM’s responsibility as “a natural fit,” insisting that Iran remains the main security threat against the occupying entity.

There have also been indications in recent years that the US military was moving toward having CENTCOM play a larger role in the Israeli occupied territories, according to a report by the Washington-based *Stars & Stripes* military newspaper, which noted that in 2018, then-CENTCOM chief Gen. Joseph Votel was the first to make an official visit to Israel. Current CENTCOM commander Gen. Kenneth McKenzie also paid a visit to occupied Palestine in 2019.

According to the report, the Israeli security has been the key focus of the EUCOM over the years, with the Germany-based command coordinating complex training missions with the regime’s military forces, including the biannual Juniper Cobra missile defense drills.

As EUCOM focuses more on its traditional role of countering Russia, shifting Israel to CENTCOM enables the US military to incorporate it more into its Middle East strategy, the report added, citing unnamed analysts.

“Putting Israel in CENTCOM’s (area) would smooth the way for the Pentagon to utilize Israel more for regional operations, including by pre-positioning precision-guided munitions and other much-needed weaponry for the US, Israeli and possibly partner Arab forces,” wrote former EUCOM deputy commander, retired Gen. Charles Wald, in a November analysis published by right-wing, pro-Israel military news outlet *Real Clear Defense*.

This is while US President-elect Joe Biden, who will sworn into office next week, has also pledged to stick to the pro-Israeli Abraham Accords as his administration has further announced plans to return to nuclear talks with the Islamic Republic of Iran while vowing to include Iranian missile might in the negotiations – a vision sternly rejected by Tehran.

Iran, meanwhile, has also conditioned Washington’s return to the nuclear talks on first delivering on its initial commitments according to the 2015 JCPOA (Joint Comprehensive Plan of Action) agreement.

CENTCOM was founded under the Carter administration in 1983 out of the expeditionary Rapid Deployment Joint Task Force, which was established following the takeover of the US Embassy in Tehran in 1979 by students who referred to the compound as “den of spies,” referring to the embassy’s espionage operations aimed at toppling the nascent Islamic Republic at the time.

CENTCOM’s original focus was to safeguard and expand American influence over global oil supplies, a priority that has waned significantly in recent decades amid growing anti-US sentiments across the region.

CENTCOM’s founding, however, was welcomed by the despotic Saudi regime, with the Israeli regime initially expressing concerns over the prospect of Washington expanding military ties with its Arab neighbors.

The addition of the Israeli regime to CENTCOM’s operational sphere coincided with Saturday’s announcement by the White House referring to Bahrain and the UAE as “major security partners," a previously unheard of designation for the two tiny Persian Gulf kingdoms that play host to major American military operations.

The White House statement tied the designation to the move by the two Arab states to forge ties with the Israeli regime, saying it “reflects their extraordinary courage, determination and leadership.”

It further noted that the two despotic regimes have long taken part in US-led military maneuvers. It remains unclear, however, what the designation means for the two Arab states.

Bahrain is home to the US Navy's 5th Fleet, while the UAE's Jebel Ali port is the busiest port of call for American warships outside of the US. Bahrain hosts nearly 5,000 American military officers, while the UAE hosts 3,500 of them, many stationed at Al-Dhafra Air Base.

This is while the US already uses the designation of “major non-NATO ally” to describe its relationship with yet another small Persian Gulf kingdom of Kuwait, which hosts the forward command of US Army Central. That designation grants a country special financial and military considerations for nations not part of the NATO military alliance. Bahrain also is a non-NATO ally.

The White House designation comes in the final days of Trump's administration. It also comes after Bahrain and the UAE joined Egypt and Saudi Arabia in beginning to resolve a years-long boycott of neighboring Qatar, another Persian Gulf Arab nation home to Al-Udeid Air Base that hosts Central Command's forward operating base.