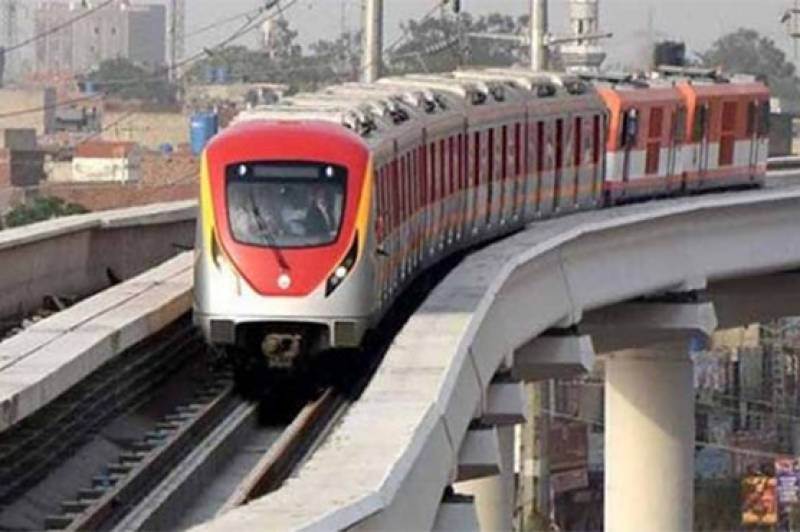 The Punjab government has announced to start the Orange Line Metro Train (OLMT) service for public on March 23, Dunya News reported on Friday.

According to details, China Pakistan Economic Corridor (CPEC) Authority Chairman Lieutenant General (r) Asim Saleem Bajwa ordered to inaugurate the service for public in two months and directed the contractors to speed up the work.

It is pertinent here to mention that work on the Orange Line was started on October 2, 2015 by the provincial government of Pakistan Muslim League-Nawaz (PML-N) – led by Shehbaz Sharif in the province – after securing USD 1.6 Billion loan from Exim Bank of China.

The project was to be completed in 27 months but due to stay order issued by the Lahore High Court and exponential increase in cost of project, work progressed slowly and will now be completed after a delay of two years.

Let it be known that the first train under the mass-transit project Orange Line Metro Train had hit the rails for the trial run in December, 2019.