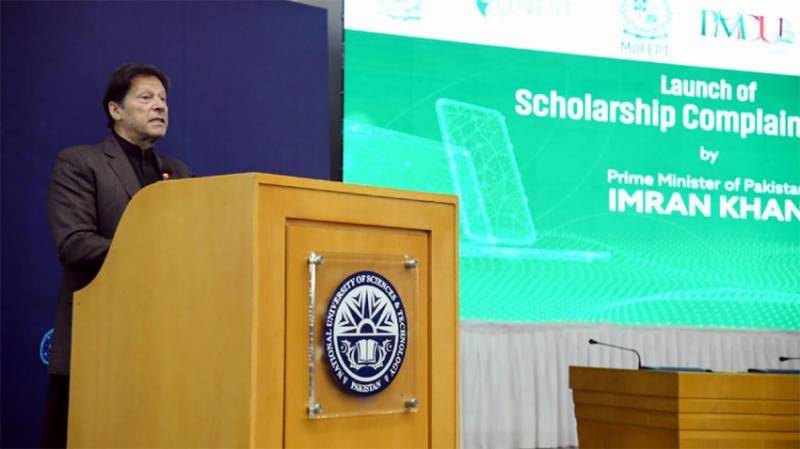 ISLAMABAD – Prime Minister Imran Khan has launched Scholarship Complaint Portal to speed up the process of addressing the complaints filed by the students.

Speaking on the launching ceremony, the premier said that an exclusive facility portal has been established just to help students getting education on scholarship.

He said the portal will also help ensuring transparency and meritocracy in the scholarship process, adding that meritocracy is the way to grow undermarginalised segments of society.

He said a panel of academics will monitor the portal and new subjects and disciplines will be added for scholarships as per market demand, state broadcaster reported.

Addressing the event, Minister for Federal Education Shafqat Mahmood said the government has increased the number of scholarships for post graduate and undergraduate students to an unprecedented level.

He said the government has established twenty-eight new universities and allocated Rs123 billion for higher education.

He said that the government's initiative of Single National Curriculum will prove to be a milestone in national building.