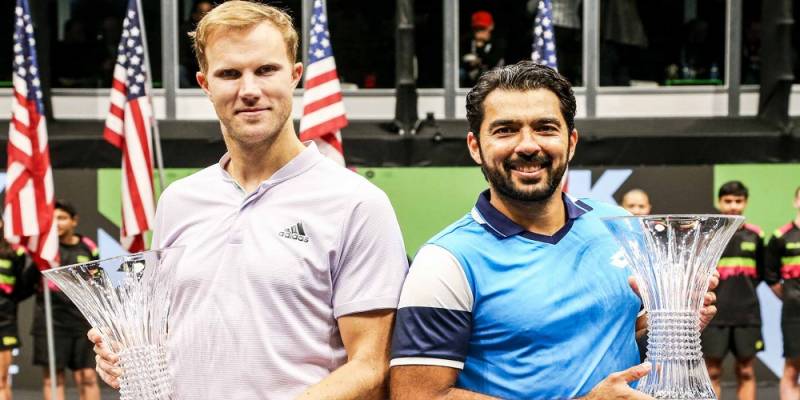 Inglot said, ”They put up an absolute fight and it’s never over until it’s over. We were panicking when they kept breaking us, so pulling this out means a lot,”

“Aisam and I had a tough week losing in the finals last week, so I’m glad we were able to make it one step further here.”

Johnson dropped to 1-2 in tour-level doubles finals. The American duo was playing as a team for just the second time, they lost in the opening round last year at this event.

Johnson said, ”Reilly let me down. My back is still hurting from trying to carry you,” “This was a fun week and I always enjoy coming back here.”

Sources revealed that Aisam-ul-Haq ranked 56th and Inglot ranked 65th. They both defeated American pair of Nicholas Monroe and Jack Sock in the semifinal 4-6, 7-6(3), 10-3.

The team has also defeated American tennis player John Isner and Tommy Paul in the first round.

Aisam and Inglot also on against Roman Jebavy from the Czech Republic and Frederik Neilson from Denmark 4-6, 6-1, 10-5 in the quarter-finals.