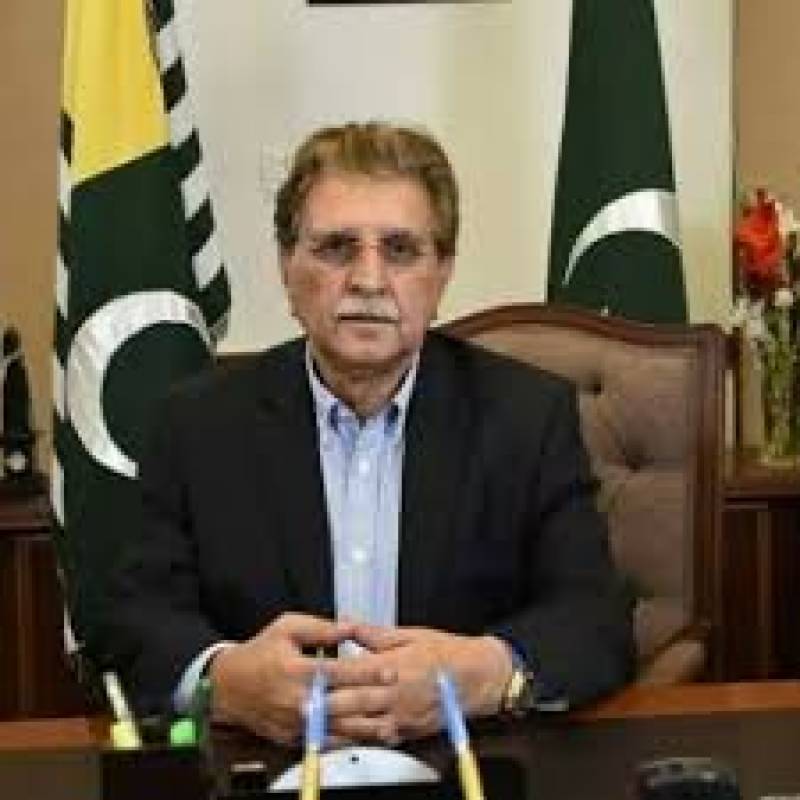 ISLAMABAD- MIRPUR (AJK)Azad Jammu and Kashmir Prime Minister Raja Muhammad Farooq Haider Khan Monday emphasized upon all the political forces of the state to join hands with the government collectively for onward moving ahead to achieve the supreme goal of the freedom of Indian Illegally Occupied Jammu and Kashmir (IIOJK).

He was addressing the death anniversary of Nawab Jassi khan, the forefather of Sudhan tribe in Sudhanoti town of Poonch division.

He recalled that  the people of Poonch region had played a leading role in the liberation movement  and the  brave people  of  Sudhan tribe had  also rendered unprecedented sacrifices  for the noble cause of liberation which  is  a golden chapter of our liberation history  .The people of Poonch played vital role in establishing democratic system in Azad Jammu Kashmir.

The Prime Minister said India has intensified the reign of terror in occupied Kashmir and   now engaged to  change the demography of the state,  to fulfill its nefarious goals. He made it clear that we will go at the last extent against the India’s move to change Muslim majority into minority.

The Prime Minister said that the Kashmiri in occupied Kashmir have been offering unique sacrifices for the liberation of their motherland and reaffirmed his unflinching support to lead the current struggle to its logical conclusion.

Referring to the achievements of his government, he said the economy of the state is now on a right track and during his tenure the government did not go to the State Bank for overdraft. “Drastic steps were taken to reduce the deficit and jobs were given on merit to the qualified youth” he added.