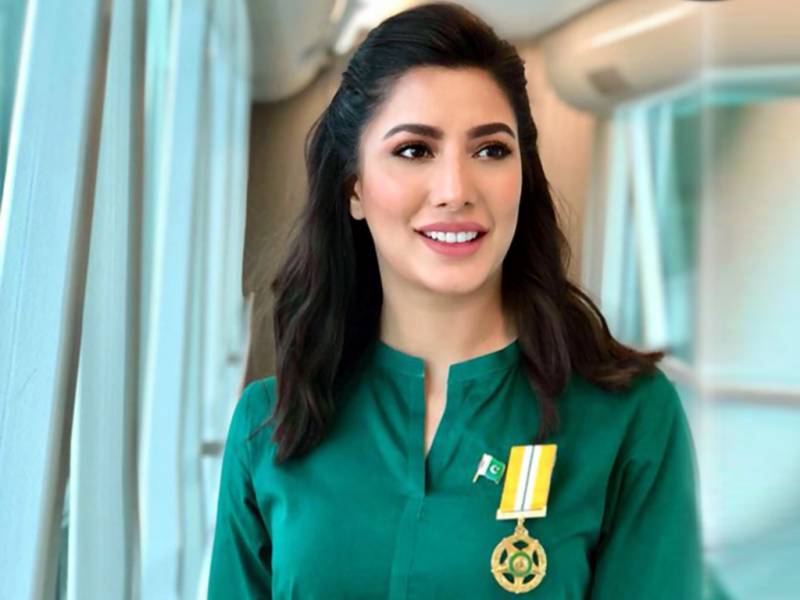 ‘Load Wedding’ actress who has been heavily criticized when she was awarded Pakistan’s highest accolade Tamgha-e-Imtiaz, has given all the right reasons about why she deserved her Tamgha-e-Imtiaz.

She has been visiting places to talk about how Hollywood and Bollywood have been portraying Pakistan as ‘backward terrorists’ which is not true.

Recently in an interview to *Sky News*, she speaks about how cinema and celebrities have the power to make people’s perception about anything. She strongly believes that International film industries have been wrongly portraying Pakistan and Islam in their movies.

Few days ago, she was also awarded the ‘Pride of Performance’ award by Norway’s Prime Minister, Erna Solberg in Oslo, the actor’s speech on the event started doing the rounds on social media soon after. She has been praised by many for such powerful and sensible speech on an international platform.

“They have built an image of my country that I certainly don’t recognise. These films, combined with others have fuelled the rise of Islamophobia,” she said.

She further added, “Our neighbours [India] have one of the largest film industries in the world and in a time where they could’ve used the power they yield to bring us together, what do they do? They make countless films showing Pakistanis as villains”.

Mehwish also called out Priyanka for her hypocrisy in a blog she wrote for *CNN. *“Chopra’s response to her questioner in LA [I hear you……. but I am patriotic], as well as the February tweet, did have the effect of both shining a light on the crisis in Kashmir (despite India’s media blackout and food blockade there), and forcing many of us to think about celebrity activism, its uses — and its abuses,” she wrote.

Emphasizing the importance of being a celebrity, Mehwish condemned Priyanka for lending her name to ‘racism dressed up as patriotism’.