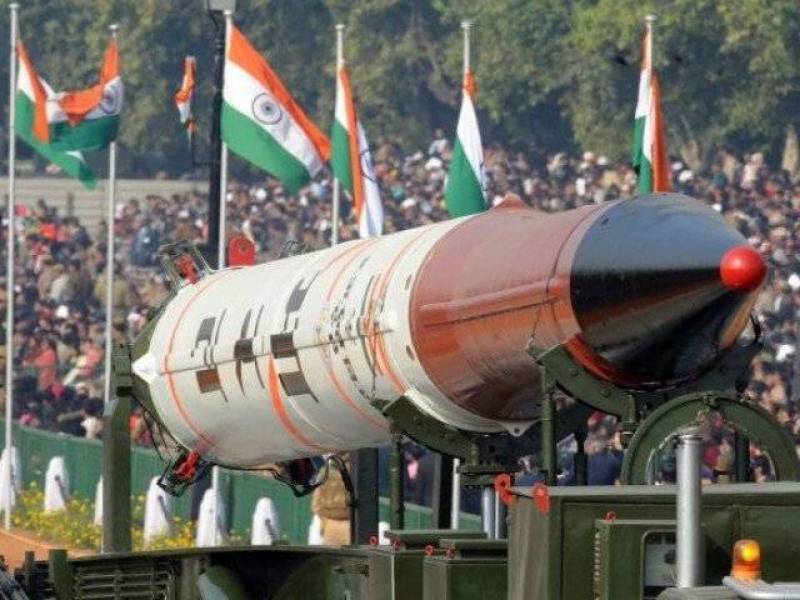 *KARACHI: *Amid mounting pressure on India over its illegal move in Occupied Kashmir, Prime Minister Narendra Modi’s defence minister has made a veiled threat of a nuclear war in the region.

Though Rajnath Singh didn’t name any country, it is understood the threat was directed at Pakistan. It shows Modi’s growing frustration at his ill-conceived move to strip Occupied Kashmir of its autonomy on August 5.

“Pokhran is the area which witnessed Atal Ji’s firm resolve to make India a nuclear power and yet remain firmly committed to the doctrine of ‘No First Use’. India has strictly adhered to this doctrine. What happens in future depends on the circumstances,” Singh wrote on his verified Twitter handle.

The Pokhran-II tests were a series of five nuclear tests conducted by India at the Indian army’s Pokhran Test Range in May 1998 when Atal Bihari Vajpayee was the prime minister.

“India attaining the status of a responsible nuclear nation became a matter of national pride for every citizen of this country. The nation will remain indebted to the greatness of Atal Ji,” the Indian defence minister wrote in another tweet after visiting Pokhran on the first death anniversary of Vajpayee.

Singh’s oblique threat came at a time when the UN Security Council is taking up the precarious situation in Indian Occupied Kashmir which has been turned into what award-winning Indian author Arundhati Roy says a ‘giant prison camp’ in an attempt to contain the simmering rage in the disputed territory.