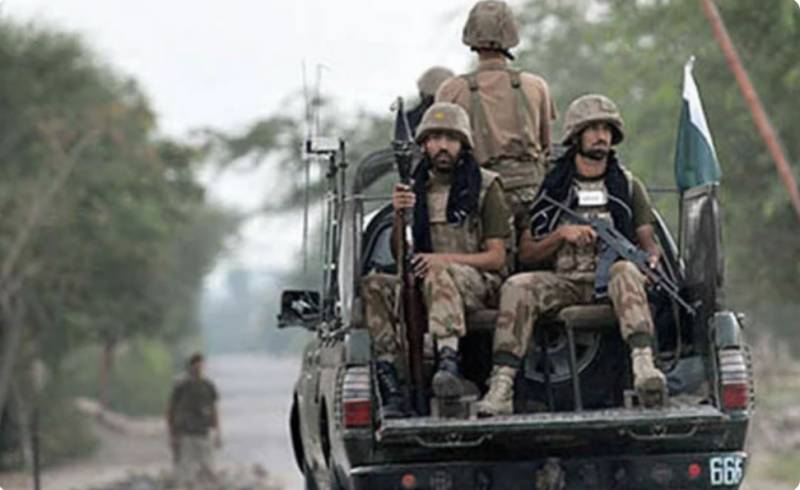 As per details, the army and personnel of the law enforcement agencies conducted a joint operation in DIK’s Kolachi on the reported presence of terrorists.

During an intense exchange of fire, two TTP terrorists were killed. Weapons and ammunition were also recovered from the killed terrorists, who were identified as Khalil and Ahsan aka Deva.

The security forces said that Khalil was an expert of producing suicide jacks and making landmines. The killed terrorists were involved in the martyrdom of five policemen on April 11, attacks on anti-polio teams and extortion.

Earlier in the month of March, four terrorists had been killed and two soldiers were martyred in the intense exchange of fire in Bloro area link of Khyber Pakhtunkhwa’s (KP) Bajaur district.