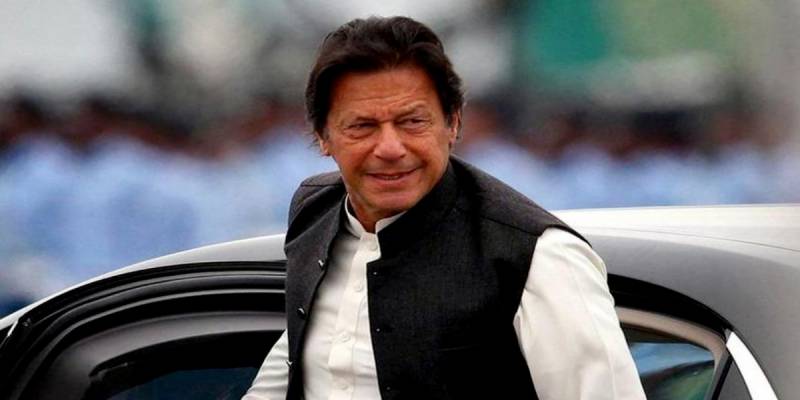 A United States-based (US) Magazine The Diplomat has praised Prime Minister Imran Khan for his efforts in curbing the spread of novel coronavirus in Pakistan.

The magazine wrote; Pakistan’s Fight Against COVID-19 has made Pakistan Prime Minister Imran Khan Stronger. It wrote that by bringing the military in as a stakeholder as well as advocating a smart lockdown, Imran Khan’s COVID-19 response has consolidated his hold on power.

According to the magazine, there are three reasons why Pakistan’s fight against COVID-19 has ensconced Khan in a comfortable position vis-à-vis his opponents. First,

*Pakistan’s COVID-19 response was channeled through a cooperative mechanism between the government and the military. Civil-military cooperation in fighting the pandemic has been visible through the National Coordination Committee (NCC) and its operational arm, the National Command and Operation Centre (NCOC), which include both civilian ministers and military leaders. The NCC, headed by the prime minister, is the apex decision-making body on matters related to COVID-19 and involves the military’s top brass in its deliberations on future courses of action. *

*The workings of the NCOC have likewise amplified how effectively both civil and military officials have worked together to synergize all efforts and implement the decisions made by the NCC. *

*The NCOC is headed by Federal Minister Asad Umar and comprises several high-ranking civil and military officials. Furthermore, the National Disaster Management Authority (NDMA), headed by a serving three-star general, has also been at the forefront of managing this gargantuan crisis.* Second,

*Pakistan’s COVID-19 countermeasures were in line with Khan’s consistent policy of saving lives and livelihoods. Since the very beginning, Khan, citing Pakistan’s specific circumstances, vehemently opposed a full-scale lockdown. While Khan advocated for and enforced a targeted lockdown in a bid to keep the economy afloat, the Pakistan Peoples Party-led Sindh provincial government foisted a complete lockdown in that province. However, the results were not encouraging, to say the least. Ultimately, the Sindh government had to impose a smart lockdown along the lines Khan had advocated. The smart lockdown approach showed its positive effects in the provinces governed by Khan’s party. *

*Punjab is a perfect example. Once a veritable coronavirus hotspot, the province has been able to avert a major health crisis due to the implementation of a set of smart lockdowns. With the intensity of the crisis fading noticeably, Khan continues to highlight how determined he was to stick to his smart-lockdown policy, despite constant denunciation and resistance.* Third,

*Khan’s government has been given some respite due to the encouraging statistics on the state of the economy. Pakistan recently recorded a current account surplus, after running a mammoth deficit for years. Additionally, the country received record remittances in the month of July, giving the prime minister an opportunity to announce the good news on Twitter. With Pakistan expected to witness a GDP growth of 1 percent for the current fiscal year, it could be argued that the economy as a whole has not been crippled as a result of the pandemic.*

* Economic recovery is being anticipated, as evidenced by bullish trends in Pakistani stock markets and an increase in business confidence. The outlook might not be ideal but is not bad enough for the opposition to berate the government and for the latter to feel enfeebled. Moreover, Pakistan’s exports returned to its pre-COVID-19 level earlier this year. That Pakistan’s government has managed to mitigate the deleterious effects of COVID-19 on the economy is a sigh of relief for its prime minister. Greater or more lasting damage to the economy would have offered an ideal opportunity for the opposition to pin down Khan.*