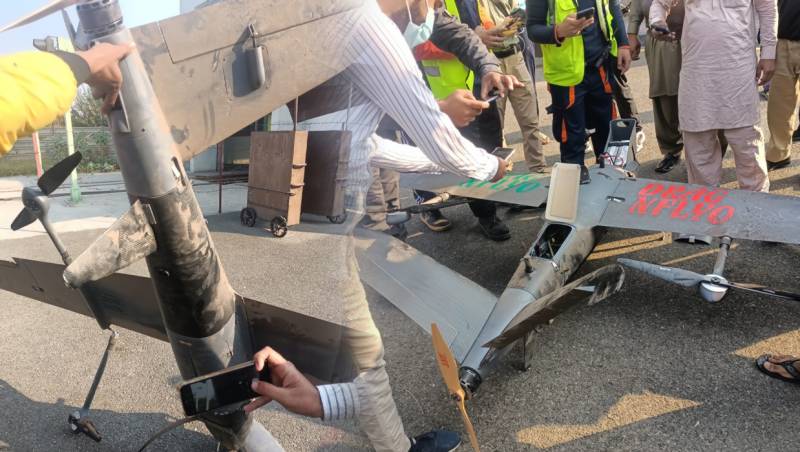 LAHORE – A remote-controlled drone that flew undetected over Punjab provincial capital crashed near the Orange Line train terminal at Thokar Niaz Baig, however, it caused no injuries.

The unmanned aerial vehicle sounds alarm bells for the law enforcers amid fears of explosive material in it.

Later, the bomb disposal squad cleared the drone after a thorough check-up while a camera was found mounted under the flying object.

#Pakistan link A remote-controlled drone crashed near the Orange Line train terminal at Thokar Lahore sounding alarm bells for the police whether the plane carried any explosive material. Security authorities have taken control of the suspected military drone and is being inspected. pic.twitter.com/vwdNCjmNK2 link — Ghulam Abbas Shah (@ghulamabbasshah) November 16, 2022 link

The CCPO Lahore took action while an investigation was underway to ascertain the crash.