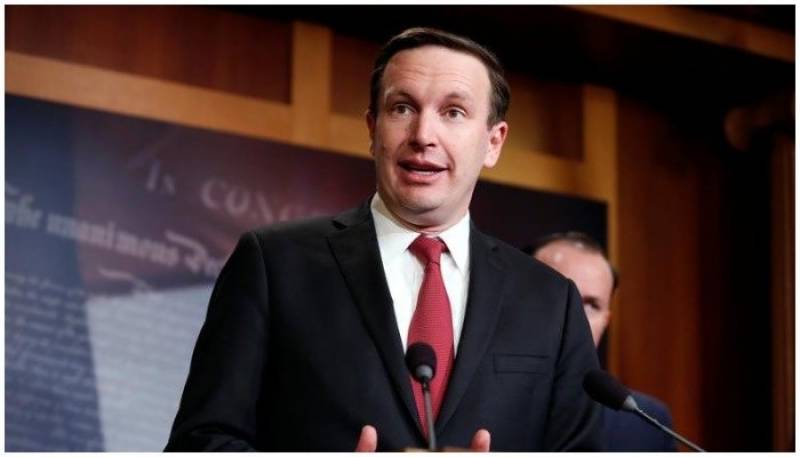 WASHINGTON: United States Senator Chris Murphy, while underscoring the importance of bilateral relation between Islamabad and Washington, has stressed the need to further expand ties, *The News link* reported Monday.

The statement comes on the 75th anniversary of the diplomatic relations the two countries share.

“As with every bilateral relationship, there are ups and downs but this one (Pak-US relations), has endured the test of time and I look forward to continuing to grow it for next 75 years," said Murphy, who is also the chairman of the Subcommittee on Near East, South Asia, Central Asia and Counter-Terrorism of United States Senate Committee on Foreign Relations.

He underscored that Pak-US relations were "incredibly important" and as crucial as recognised by the US Senate.

"We have devoted significant resources through USAID projects to build up Pakistani democracy, to work together on joint security projects,” the senator said while highlighting the contributions of the US towards the socio-economic development of Pakistan.

Pakistan's Ambassador to the US Masood Khan welcomed the strong statement by Senator Murphy. He said Senator Murphy was a true friend of Pakistan on the Hill and advocate of closer US-Pakistan ties.

Senator Murphy, he said, had rightly pointed out that Pakistan-US ties have stood the test of time and have become resilient. This relationship, Ambassador Masood said, will bounce back with economic content at the centre.