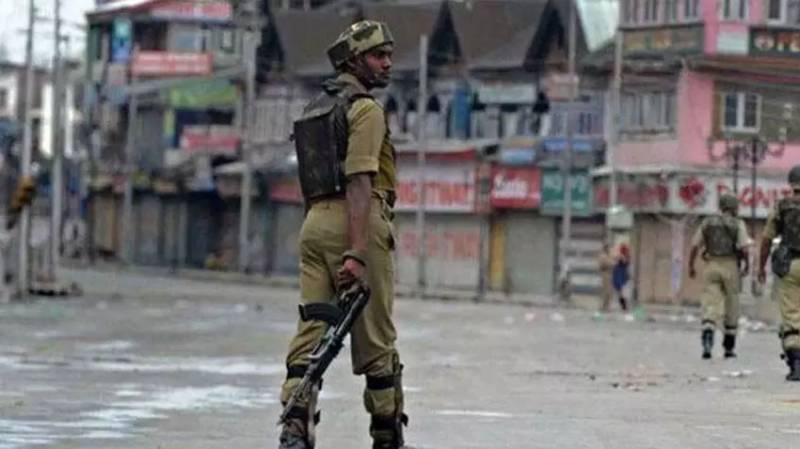 In Occupied Kashmir, the Indian occupation authorities have imposed curfew-like restrictions in Magam and Budgam towns to prevent protests against the molestation of a three-year-old girl in Bandipora district.

Complete shutdown is also being observed in the two towns on the fourth consecutive day, today.

The authorities have also ordered closure of educational institutions in various parts of the Kashmir valley, today.

On the other hand, the Joint Resistance Leadership has called for complete shutdown and a march towards the Martyrs’ Graveyard at Eidgah in Srinagar on Tuesday next.

The shutdown is aimed at paying tributes to prominent martyred Hurriyat leaders, Mirwaiz Molvi Muhammad Farooq and Khawaja Abdul Ghani Lone as well as the victims of Hawal massacre on their martyrdom anniversaries.