India hands over military combat helicopters to Afghanistan
16 May, 2019 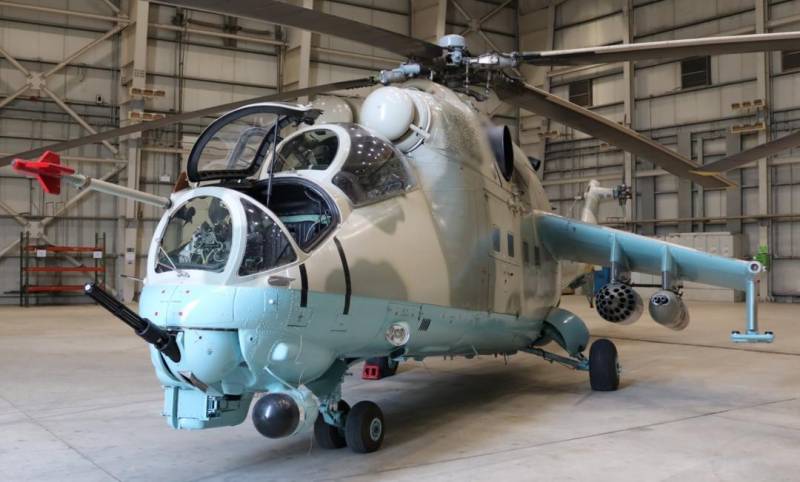 KABUL - The Indian Ambassador to Afghanistan Vinay Kumar handed over the first pair of Mi-24 attack helicopters to the Acting Defense Minister Asadullah Khaled in Kabul.

India had first presented Mi-24 Helicopters to Afghanistan, in December 2015, the Indian Embassy in Kabul said in a statement, TOLO News has reported.

India was expected to supply four gunship helicopters to Afghanistan by July, with the deliveries falling almost a year behind schedule, people familiar with developments said In March, as quoted by Hindustan Times.

As first reported by Hindustan Times in March 2018, Afghanistan, Belarus and India had inked a trilateral pact to supply the refurbished Mi-24 helicopters. Belarus was to upgrade the helicopters, which were to be paid for by India, the former Afghan envoy, Shaida Abdali, had said in March.