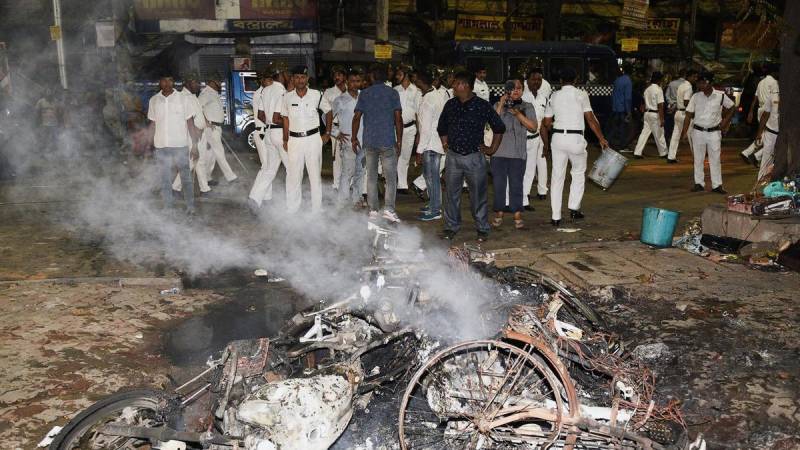 Clashes between followers of Prime Minister Narendra Modi and an opposition leader heightened tensions in the key Indian city of Kolkata today ahead of the final round of the country's hard-fought national election.

Dozens of people were arrested in the street battles late last night that forced Amit Shah, President of the ruling Bharatiya Janata Party, to leave an election rally in the Eastern Metropolis in West Bengal state under police guard.

A statue of renowned Bengal reformer, Ishwar Chandra Vidyasagar, was destroyed and a college named after him ransacked in the troubles, which the BJP and rival Trinamool congress angrily blamed on each other.

The state has seen repeated violence during the six-week-long election that ends Sunday.

Modi's BJP hopes to capture many of the state's 42 parliamentary seats from the TMC to compensate for losses predicted in other regions.

The BJP accused west Bengal's Chief Minister Mamata Banerjee of orchestrating attacks on a roadshow through Kolkata by Shah.

Indian political observers say the aggressive campaign by Modi's party against the TMC in West Bengal has made the state one of the most bitter contests in the election.