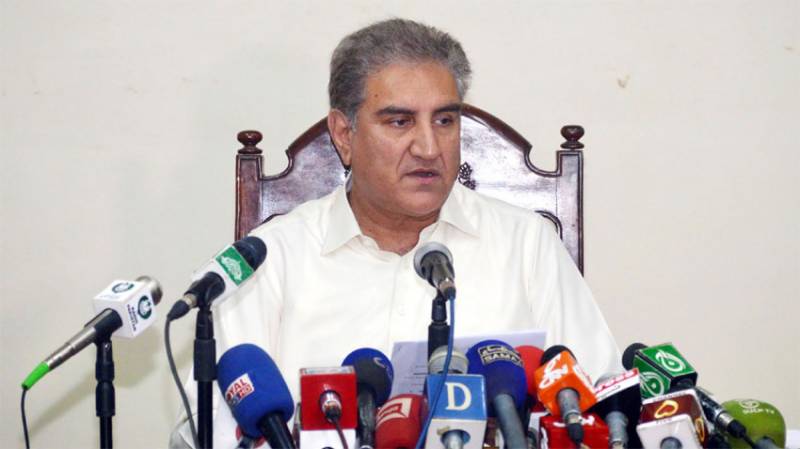 Addressing a news conference in Multan on Wednesday, he said the PTI has already introduced a Constitution Amendment in the National Assembly for this purpose and we require two thirds majority to pass this amendment.

The Foreign Minister said that he already had a positive sitting with Pakistan Peoples Party and consultations will be held with other parties including the PML (N) to convince them to support the Constitution Amendment.

Highlighting salient features of the Constitution Amendment, the Foreign Minister said under this amendment, South Punjab will comprise of Multan, Bahawalpur and Dera Ghazi Khan Divisions. The seats of South Punjab Assembly will be 120 keeping in view the population of these divisions.

To a question, Foreign Minister said that entire nation and political parties are united on having minimum deterrence, Kashmir issue and CPEC project.

He said that conspiracies are being made to spoil Pak China relations but they will not succeed.

He said that issue of marriages of some Chinese in Pakistan will be solved soon as both foreign offices are working on it.

To another question about the recent announced Amnesty Scheme, he said that scheme has not been launched to generate revenue as per the past schemes but it has been aimed to expand tax base and make economy documented.

Makhdoom Shah Mehmood Qureshi responding to another question said that no international institution is ready to finance this project worth billion dollars and we have not own resources.