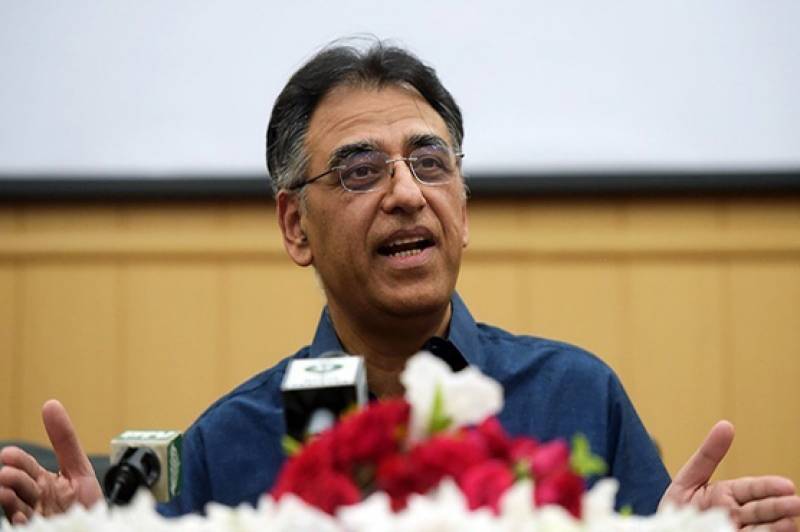 ISLAMABAD – Former finance minister Asad Umar, while responding to the matter of sudden devaluation of rupee against the US dollar, said on Thursday that the issue would be raised in the meeting of the National Assembly’s Standing Committee on Finance and Economic Affairs.

He spoke to the media, and disclosed that until he was the finance minister, no such condition was placed forward by the International Monetary Fund (IMF) [that would have resulted in currency devaluation].

He believed that the matter was not interlinked with the agreement between Pakistan and the IMF [for a bailout package].

Pakistan’s rupee weakened to a record in an apparent devaluation, four days after the country secured a bailout from the IMF that investors speculate includes tough conditions to reform the economy.

The rupee dropped as much as 3.4% on Thursday, the most in more than five months. The currency has plunged more than 20 percent in the past year, making it the worst performer in a basket of 13 currencies in Asia.

“A market-determined exchange rate’’ will help the economy, the multilateral lender said in a statement on May 12.

The nation’s central bank had devalued the currency five times last year and raised interest rates by 475 basis points as it sought to contain the financial blowouts from Pakistan’s twin current-account and budget deficits.

The rupee devaluation is “an IMF condition and they seem serious about it,” said Asad Sayeed, a director at the Karachi-based consultancy Collective for Social Science Research. “It’s an open market policy. It appears they have decided to adopt it.”

Pakistan’s central bank spokesman Abid Qamar did not respond to a request for a comment. The nation had previously said the IMF had not sought to set a level for the currency.