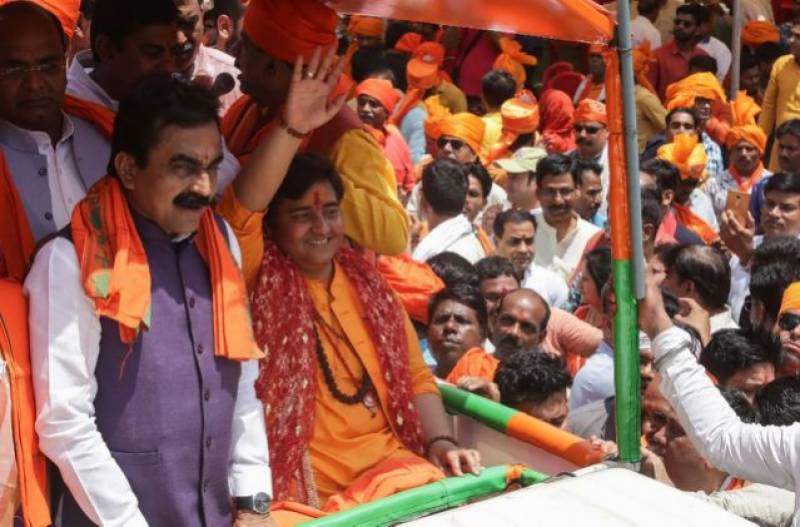 The comments by firebrand monk Pragya Singh Thakur came as the country heads into the final round of its marathon election this weekend.

Thakur set off her latest political firestorm by telling journalists that Gandhi's assassin Nathuram Godse "was, is, and will remain a patriot".

"People who call him a terrorist should search their soul. They will get the answers this election," she added.

Gandhi was slain in 1948 by Godse, a Hindu fanatic angered by what he saw as Gandhi's pandering to Muslims and by the partition of India after independence in 1947.

Thakur was arrested shortly after a 2008 bomb blast near a mosque in Melegaon, Maharashtra state, that killed six people and injured 100.

Thakur was released on bail in 2017 but still faces a criminal prosecution.

Indian law allows candidates facing court cases to run in an election until a conviction.

The opposition Congress party, which Gandhi once led, condemned the remarks, with spokesman Randeep Singh Surjewala saying that Thakur had "insulted the entire country".

"The BJP's violent face has been revealed. Once again, the people from BJP are attacking the ideology of Mahatma Gandhi," he added.

A BJP spokesman said the party did not agree with Thakur's comments and would ask her to publicly apologise, media reports said.

Modi is seeking a second term as prime minister in the election but faces a tough challenge from Congress. The seventh and final round of voting is on Sunday and results will be announced four days later. -APP/AFP