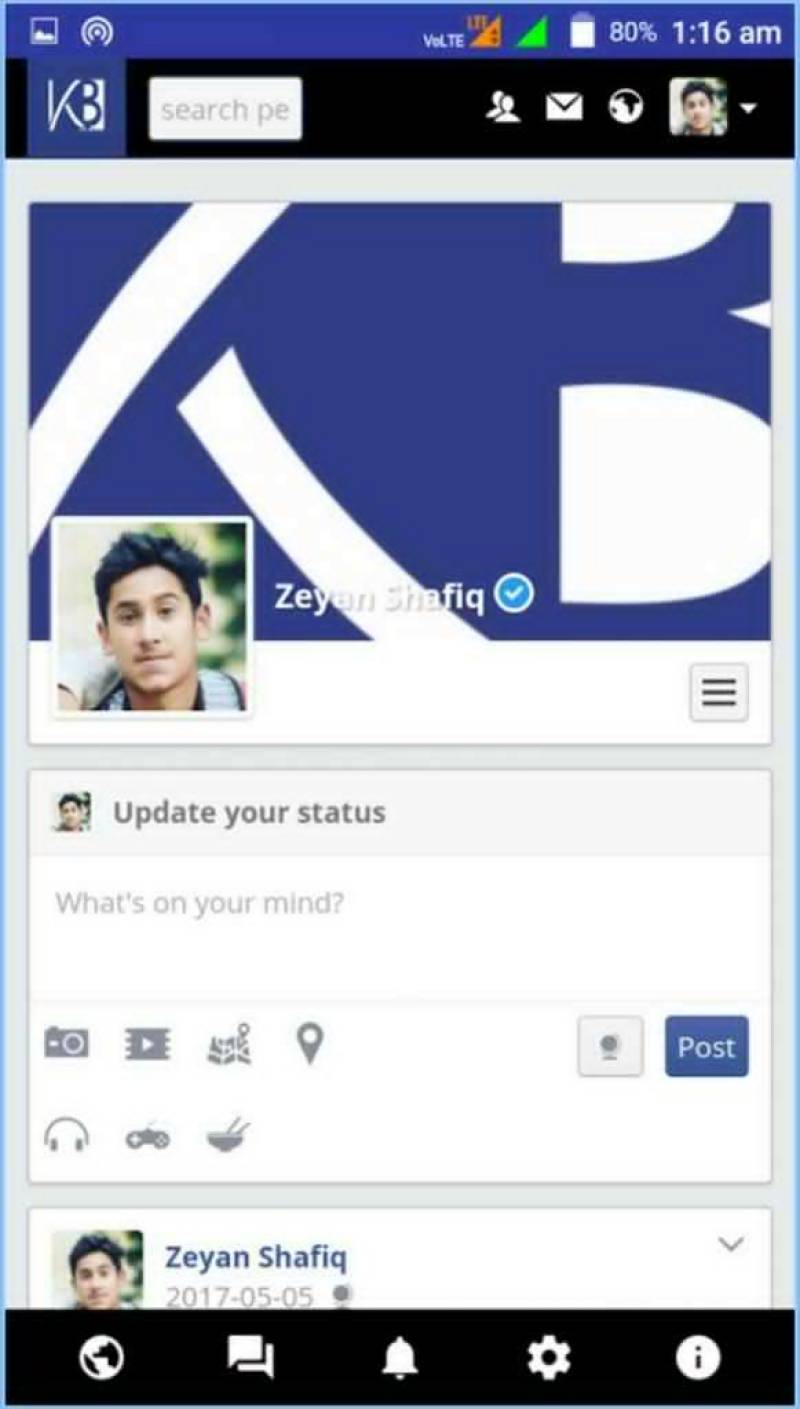 Kashmiri youth has developed an app on Android to compensate for Indian ban on social media in the occupied valley and it already as thousands of users within a week.

Reportedly, Shafiq hails from Anantnag district of Kashmir and has named the app ‘Kashbook’.

While talking to a media outlet, Shafiq said: “Two days back there were some 130 users. Today we have 1,500-plus users.” The youth is poised to launch the app on iOS platform soon.

A section of Kashbook provides the Kashmiris with an opportunity to boost their local businesses and sell goods.