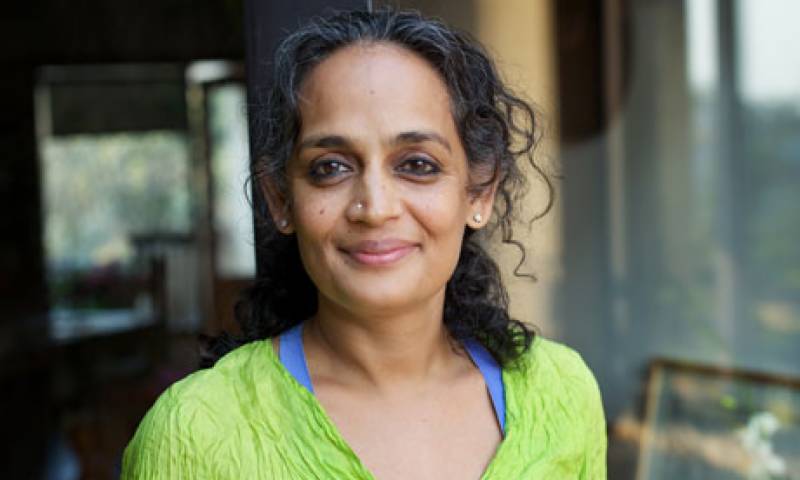 SRINAGAR: Senior Indian Journalist and Human Rights activist Arundhati Rai has lashed out at the Indian government and Indian Army over the atrocities in Indian Occupied Kashmir, Radio Pakistan has reported.

Speaking during her visit to Srinagar, she said India cannot achieve its objective in the occupied valley even if its army deployment raises from 7 lakh to 70 lakh, further adding that Kashmiris have remained committed with their anti-India sentiments from many years.

Taking a jibe at the Indian government she said that pity on the government which stops its authors from expressing their thoughts and put in jail those who raise their voice against injustices, however, sets free corrupt, rapists and other criminals.

Recently Indian forces cordoned off more than 20 villages in Shopian district of Occupied Kashmir, Indian media reported, in the wake of a surge in rebel attacks on the occupying forces in recent weeks.

According to NDTV, more than 3,000 personnel of the Indian Army, Central Reserve Police Force and Jammu and Kashmir police were involved in the search operation launched early Thursday morning.

"Over 30 companies of Indian forces have besieged villages in Shopian since 3 am looking for armed fighters," IoK local Faysal tweeted.

A few days ago, similar raids were carried out at various places in Kulgam, as well as adjoining Shopian following a tip off about the presence of two people suspected of involvement in the killing of seven people including five Indian policemen, according to a report by the Press Trust of India.